Rowlf the Dog has caught wind that Jimmy Dean is looking for new acts on the show and assumes he'll be put on the chopping block to make room. Before he can be formally fired, he decides to quit and pens his letter of resignation. He bids farewell to the audience, when Jimmy shows up with a gift from his agent - a small box containing the world's best trained flea, who will have a weekly spot on the show. "History has been made tonight, folks: a flea has gotten rid of a dog," Rowlf observes.

Jimmy takes the flea, named Ringo, out from the box and they watch him do a tap dance; Rowlf, watching through his magnifying glass, is unimpressed. Jimmy suspects Rowlf is jealous of Ringo, but teases Ringo's big finale - juggling ten Indian clubs. The tenth club clocks Ringo in the head, knocking him unconscious. Rowlf gets some water to revive him, dumping a whole pitcher's worth on him. Ringo survives, thankfully knowing how to swim.

Jimmy touts how great Ringo will be on the show, when he gets a call from his agent about Ringo's terms and demands, which include a personal valet and changing the show name to Ringo the Flea on ABC. Since the terms are "take it or leave it," Jimmy declines Ringo's demands and hangs up. He and Rowlf berate the flea as he scurries away and Jimmy apologizes to Rowlf for his actions. Rowlf notices Ringo has taken residence on his paw, then plucks him out and pounds him to "that great flea circus in the sky." The two proceed to sing "Mutual Admiration Society." 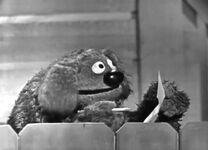 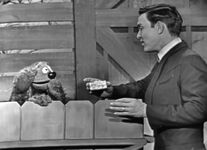 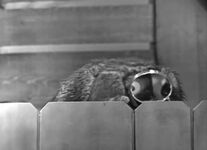 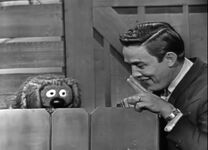 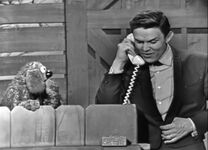 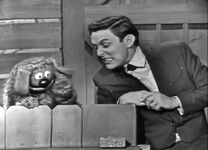 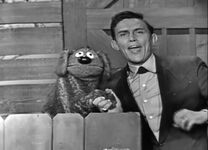 Add a photo to this gallery
Retrieved from "https://muppet.fandom.com/wiki/The_Jimmy_Dean_Show:_Episode_219?oldid=1263578"
Community content is available under CC-BY-SA unless otherwise noted.