In 1992, as a promotion for the theatrical release of The Muppet Christmas Carol, Taco Bell released a set of four Christmas Ornaments featuring the cast in various scenes.

Each ornament came packaged in a themed bag, and was a simple blank plastic colored disc with two stickers that were to be applied to each side.

The four ornaments were: 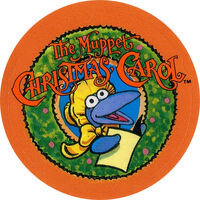 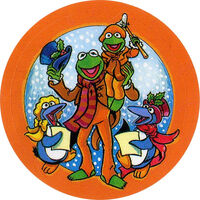 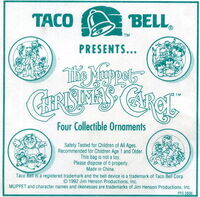 Kids Meal Sack for the Taco Bell promotion (black and white scan)
Add a photo to this gallery
Retrieved from "https://muppet.fandom.com/wiki/The_Muppet_Christmas_Carol_ornaments_(Taco_Bell)?oldid=1119444"
Community content is available under CC-BY-SA unless otherwise noted.