The Muppet Show: On Tour! is a live stage show based on The Muppet Show, produced by VEE Corporation in 1984. The cast of The Muppet Show appeared live on stage as full-body puppets, performed to a soundtrack recorded by the original Muppet performers.

The show was written by Fred Newman and Mark Saltzman. The costumes were designed and built by Henson Associates, Inc.

A second show, The Muppet Show on Tour: 2nd Edition, was presented in 1985.

Robin the Frog, Camilla the Chicken, Rizzo the Rat and Chester Rat were represented on stage as puppets.

Beaker, Link Hogthrob, Sam the Eagle, the Swedish Chef, the Rats and Beauregard's mop Belleregard appeared on video and were not live on stage. 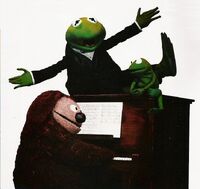 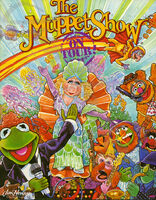 Act I: It's Time to Start Rehearsing

Act II: This Is What We Call "The Muppet Show"

There were some items exclusively available for the tour. Among them were a series of apparel, buttons, a souvenir program, banners and pennants. 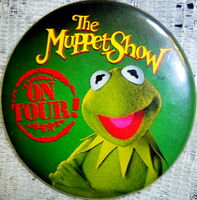 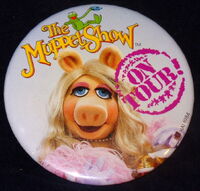 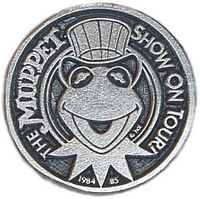 Pennant with illustration by Guy and Brad Gilchrist 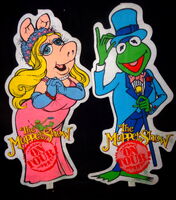 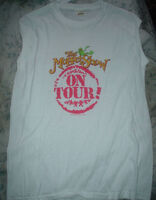 Heads built and animated by Mae Canaga and Marilee Canaga

Muppet Workshop coordination by Will Morrison

Retrieved from "https://muppet.fandom.com/wiki/The_Muppet_Show:_On_Tour!?oldid=1323396"
Community content is available under CC-BY-SA unless otherwise noted.