The Muppet Show: Sex and Violence

In this half-hour variety special, the Muppets parody the proliferation of sex and violence on television.

Nigel, Sam the Eagle, and hippie guitarist Floyd prepare for a Pageant based on the Seven Deadly Sins, with Muppets representing the Sins -- Envy, Anger, Gluttony, Vanity, Lust, Avarice and Sloth.

The original working title for the special was The Muppet Nonsense Show.[3]

Sketches (in order of appearance)

A postcard was produced and sent to press and friends to announce the air date of the special. The text of the postcard reads "Jim Henson and The Infamous Dr. Teeth invite you to join George Washington, The San Francisco Earthquake, The Seven Deadly Sins and a host of others for an evening of nonsense on The Muppet Show, Wed. March 19, ABC TV." In a word balloon, Janice says "Oh Yeah!"[1]

Prior to the broadcast of the special, Jim Henson commented on the nature of its title:[4]

“"Sex and Violence" is really a spoof on those attitudes engulfing us these days. Our violence is 'puppet violence'—i.e., symbolic--and in no way would be anything other than for family viewing. We've been able to put together in the script all the elements of the Muppets we've wanted to for many years. A lot of our work has always been adult-oriented, so we'll be working a lot with those aspects of the Muppets. Through this pilot, we hope to be able to demonstrate that puppetry can be very solid adult entertainment.”

In August of 2018, Savacool and Sons auctioned off several slides of photographs by Charles Rowan from the production of the pilot. One of which featured a musical number with The Country Trio that did not appear in the final cut.[5] 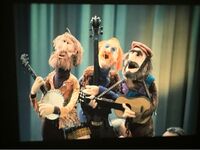 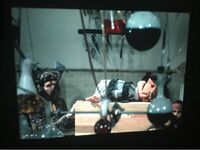 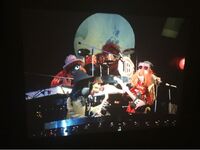 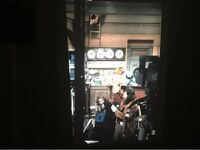 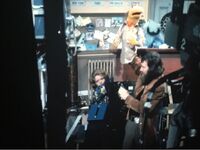 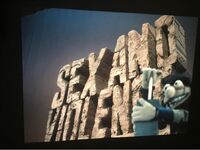 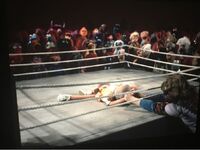 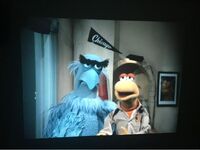 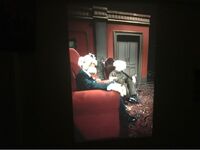 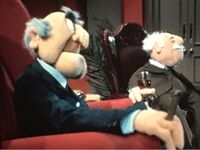 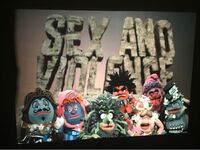 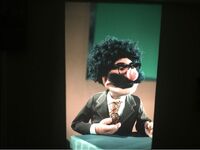 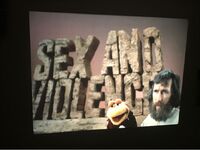