The Muppet Show 2 is a 1978 album featuring songs and skits from the second season of The Muppet Show. Unlike the first Muppet Show album, The Muppet Show 2 features guest stars (Peter Sellers and Bernadette Peters) and the closing theme. It also features some newly recorded material, including heckling from Statler and Waldorf, Miss Piggy bugging Kermit to take her out to dinner after the show, and Fozzie Bear getting locked in the theater after everybody else has gone home. While some songs are the actual soundtracks from the show, others have been re-recorded for this album.

The final song, "We Got Us", uses the audio track from the Muppets' appearance at the 1977 Royal Variety Performance.

When this record was originally sold, it came with a sign-up sheet for The Muppet Show Fan Club.

Like the first album, this album was also translated into French. See The Muppet Show 2 (French album) for details. 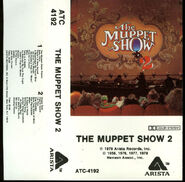 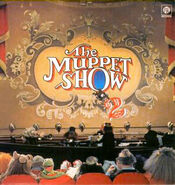