The Muppet Show Book is a collection of scenes from the first two seasons of The Muppet Show presented as pictures and dialogue. Many of the scenes are illustrated with drawings rather than still pictures from the show. Most of the dialogue is presented like a script, but some quotes are placed next to a picture of the character speaking, with no name given.

There are also some minor changes between what happened on the show and what happens in the book. For example, in the adaptation of episode 106, Scooter says that his uncle's favorite act is Mahna Mahna and the two Snowths, instead of the Danceros. In the adaptation for episode 123, Kermit gets the band to stay so that they can perform the song "I Feel Pretty", instead of Kaye Ballard's first number; the date for the girl from "I Feel Pretty" is Mean Mama instead of Beautiful Day Monster. In episode 201, Fozzie Bear gets Sam the Eagle, not Don Knotts, to perform in the "Lullaby of Birdland" number.

In addition to the various adaptations, there are three new scenes created especially for this book. First there is an introduction by Kermit, Miss Piggy, Fozzie Bear, Statler and Waldorf, Dr. Teeth and the Electric Mayhem, and Crazy Harry. Second is a scene with Kermit trying to finish the book. Third is a new closing comment from Statler and Waldorf.

This book features several different pictures of Gonzo's various attempts to blow a horn (and one picture of him hitting a gong), as well as an At the Dance sketch featuring quotes and pictures from various different sketches (the quotes are included without character names by them, and are next to illustrations of characters who didn't originally say the lines).

Floyd Pepper announces that the band is quiting.

Nigel offers to write a new theme.
Floyd says that the band will stay if he writes the new theme song.

Kermit is reminded that it is payday.
Scooter's uncle agrees to give Kermit the payroll money if he puts some lady wrestling into the show.

Gonzo talks to Kermit about not being on the show lately.

Gonzo hires Scooter to manage him.

Gonzo plans to do a female impersonation.

Miss Piggy and Scooter discuss paying off the audience.

Fozzie talks about his writer.
Fozzie performs The Banana Sketch.
Kermit reveals that he hasn't heard of the banana sketch.

Miss Piggy talks about Kermit not knowing about the banana sketch.

Scooter tells Kermit that he and Muppy are doing an act.

Kermit and Fozzie are free.

J.P. Grosse announces that he's turning the theater into a junkyard.
J.P. Grosse inspects the floorboard.
Miss Piggy tries to talk to J.P. Grosse.
Gonzo finds out that the theater will be torn down.
Kermit gets Scooter to try to stop the theater from being torn down.
J.P. decides not to tear the theater down. 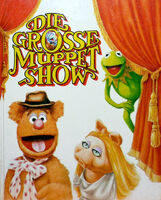 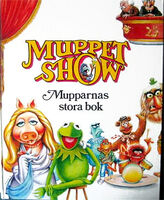 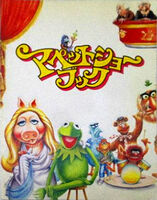