The Muppet Show Comic Book is a title published by BOOM! Studios based on the television series The Muppet Show. The series made its debut in 2009, written and drawn by Roger Langridge with additional fill-in talent. 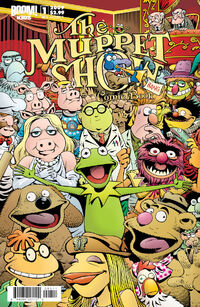 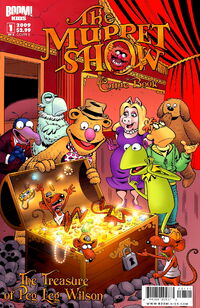 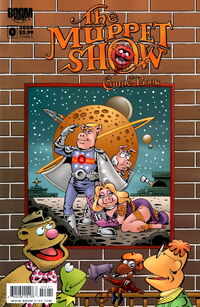 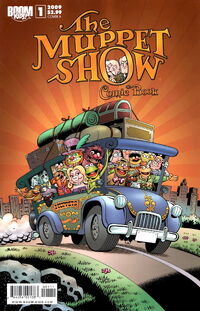 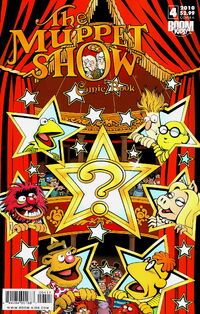 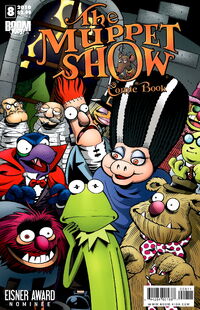 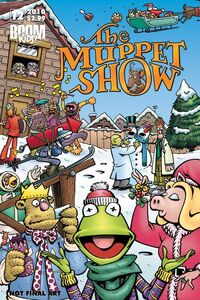 The Four Seasons
Originally planned for #12-15, published as a 4 issue miniseries.

A 526-page hardcover, The Muppets Omnibus, was released in March 2014.[1] The omnibus reprints all of Langridge's Muppet Show comics, including the "Pigs in Space" one-shot. An updated omnibus of the series was set to be published on September 27, 2017,[2]but was never released as the publisher Joe Books filed for bankruptcy in 2019.[3] 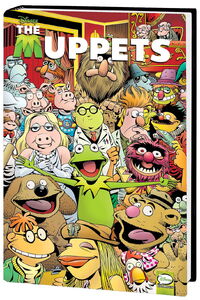 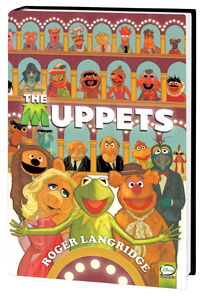 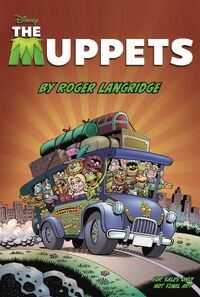 Each issue takes the form of a printed Muppet Show episode, complete with backstage chaos, recurring and original sketches, and "musical numbers" (which, given the medium's silent nature, are depicted on the page as poems). While the focus of the comic book is on characters who starred on The Muppet Show, Langridge fills the pages with familiar bit players from the original series and brand new faces, whether they be Whatnots, pigs, or monsters. In Langridge's continuity, the Muppets have been performing together for over 30 years, so characters who debuted after the show went off the air in 1981, such as Pepe the King Prawn, have been included, albeit silently (though the "Family Reunion" story arc heavily includes a few post-Muppet Show characters). Similarly, Langridge's sketches include the familiar ("Veterinarian's Hospital," "Muppet Labs"), the forgotten ("Talking Houses"), and the original. Each issue begins with a one-page comic followed by a two-page spread, somewhat representing the opening, with a short comic at the side of the second page, presented vertically.

The series was initially designed to restart numbering for every story arc. Healthy sales of the title led to the announcement of an ongoing series starting with a #0 issue, a Pigs in Space one-shot in November 2009.

In November 2010, Langridge announced that "The Four Seasons" would be his last story arc, ending the series at issue #15.[4] A Comics Worth Reading blog post in January 2011 reported that solicitations for BOOM!'s remaining Muppet and Pixar titles had been cancelled. Langridge replied to the blog post, saying: "Just to throw what little light I can on this, I would like to point out that Boom! have been paying me for Muppets material I’ve drawn that has not yet been published, which I don’t imagine they’d do if they had no intention of releasing it. My understanding is that they were holding it back for a release that would tie in with the movie."[5]