The Muppet Show Sampler is a single-disc compilation available at Target stores in 2012 as an exclusive bonus packaged with The Muppets DVD and Blu-ray discs. The disc includes six episodes of The Muppet Show from seasons one, two, and three. 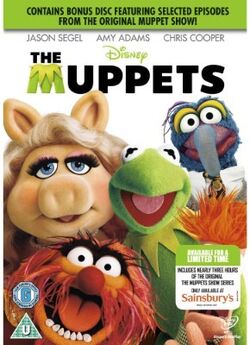 was released in the UK available at Sainsbury's stores. Released in June 2012, it is an exclusive with the DVD version only. The disc is exactly the same as disc three of The Muppet Show Season 3. 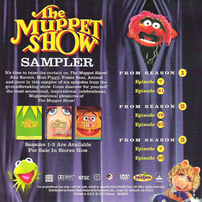 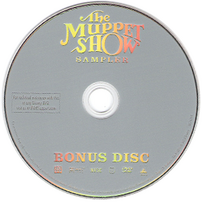 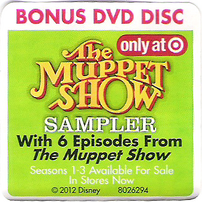 Sticker
Add a photo to this gallery

Set up menu
Add a photo to this gallery
Retrieved from "https://muppet.fandom.com/wiki/The_Muppet_Show_Sampler?oldid=1344921"
Community content is available under CC-BY-SA unless otherwise noted.