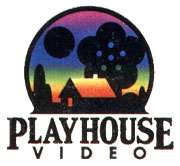 A listing of compilation videos featuring clips from The Muppet Show.

This first collection of compilations was released by Playhouse Video under the "Jim Henson's Muppet Video" label. Unlike later compilations, these videos feature clips with guest stars as well as original linking material. While four of the videos were hosted by Kermit the Frog and Fozzie Bear in the attic, the others had different hosts and settings, and most of the videos were themed around a subject.

A collection of two compilation videos released by Jim Henson Video in 1993. Unlike the previous compilation series, this one does not include any original linking footage or clips with guest stars. The opening theme is primarily a montage of clips from The Muppet Show while the third season version of the theme plays (with a few clips from the opening, including the shot of Rowlf the Dog and Zoot from the third season opening), and the original closing (including the rarely-seen pan-out from the first episode) is used, ending with a shot of Zoot from "Sax and Violence" (which would also be used as the closing Zoot shot in reruns on Nickelodeon).

In the UK, both videos contained more clips than in the US releases.

The Very Best of The Muppet Show

Retrieved from "https://muppet.fandom.com/wiki/The_Muppet_Show_video_compilations?oldid=1078224"
Community content is available under CC-BY-SA unless otherwise noted.