Walt Disney Home Entertainment released The Muppets' Wizard of Oz on VHS and DVD three months after the telefilm initially aired on The Magical World of Disney. Both the VHS and DVD included an extended cut of the film; the DVD also included bonus material.

Disney released the made-for-television movie, The Muppets Wizard Of Oz on DVD and VHS with a special extended cut of the film. The DVD release features "over 20 minutes" of new footage seen neither in the original broadcast nor at the Tribeca Film Festival premiere. Due to network time restraints, a substantial amount of material was dropped to make the film fit the time slot.

The following scenes were added, altered, or changed in the extended DVD presentation: 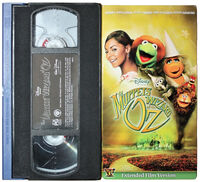 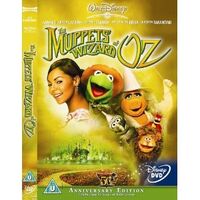 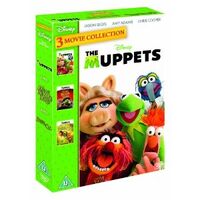 Retrieved from "https://muppet.fandom.com/wiki/The_Muppets%27_Wizard_of_Oz_(video)?oldid=1242117"
Community content is available under CC-BY-SA unless otherwise noted.