The Muppets: A Celebration of 30 Years

This one-hour special celebrates the thirtieth anniversary of the Muppets, who hold a formal banquet to present a retrospective of their television and film appearances.

Hosted by Fozzie Bear and featuring guest of honor Kermit the Frog, the program provides an overview of the Muppets' history and musical highlights beginning with early appearances in the fifties. Then, Fozzie introduces a selection of clips from The Muppet Show, before Rowlf the Dog introduces clips with Miss Piggy. Kermit and Miss Piggy then introduce a montage of clips from the movies.

Afterwards, the other Muppets decide to pay tribute to Kermit, showing a clip of Linda Ronstadt singing "When I Grow Too Old to Dream", reedited to feature a number of clips with Kermit, which is so emotional that it makes all the Muppets (except Kermit) cry. At the conclusion, the entire cast sings "Rainbow Connection".

Jim Henson appears briefly at the conclusion of the program, being given a bill for his food by Grover.

In closing, Kermit congratulates everyone on a great thirty years, then adds, "We start our next thirty years tomorrow, so there will be a rehearsal at 9AM sharp. I'll see you then."

An article to promote the special ran in the Jan. 18, 1986 issue of TV Guide. The two-page spread took the form of a scene in which Grover waits on Kermit and Piggy at a restaurant where they discuss how to celebrate the Muppets' birthday and argue over whether or not they're married.

This special was released on video in the United Kingdom by Palace in the 1980s. 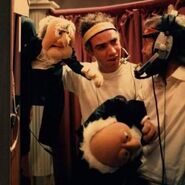 Richard Hunt and Henson with Statler and Waldorf 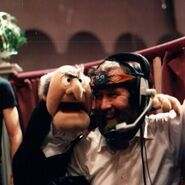 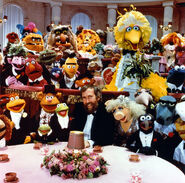