Muppet Wiki
Register
Don't have an account?
Sign In
Advertisement
in: The Muppets (2015) Episodes, Pilots and Pitches

In Spring 2015, it was first reported that ABC was developing a pilot presentation for a new television series featuring the Muppets under the working-title "Muppets 2015".[1] Descriptions of the pilot presentation stated that "The Muppets excitedly gather at ABC for a meeting about the new Muppet Show. However, the show will not move forward unless Miss Piggy signs on."[2] Early sources said the concept for the presentation pilot also features turmoil in Piggy and Kermit's relationship and includes plans for celebrity cameos — including Miss Piggy's current co-star and Fozzie's girlfriend and her parents. It was also reported that the project would be a "more adult Muppet show, for kids of all ages."[3]

According to an early project description from ABC:

Subverting the expectations of reality TV, this mockumentary looks at the day to day lives of the Muppets and the mayhem that ensues as they try to get a new network series up and running. Mixing the Muppets’ signature brand of nonsense with the hilarity of shows like The Comeback and Curb Your Enthusiasm, this series finally answers the question, "What happens when the Muppets go home?"[4]

On April 2, 2015, the news broke that Randall Einhorn would direct the pilot which was written by Bill Prady and Bob Kushell.[5] Prady had produced a similar 'mockumentary' pilot presentation with the Muppets in 2007 which was not picked up.

The presentation pilot filmed the week of April 12, 2015 on the Disney lot in Burbank, CA,[6] and featured celebrity cameos from Elizabeth Banks and Topher Grace (which were removed from the iTunes version).

The pilot presentation reportedly received a standing ovation when it screened for ABC executives in May 2015.[7] It was also screened at San Diego Comic-Con on July 11, 2015.

On July 21, 2015, the entirety of the pilot presentation was posted on YouTube. It was removed from YouTube after the series premiered. 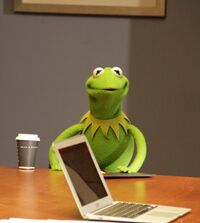 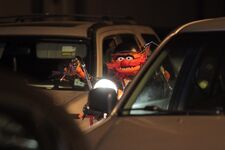 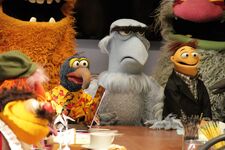 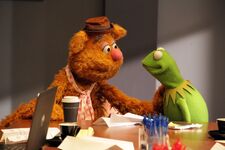 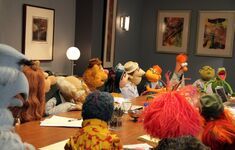 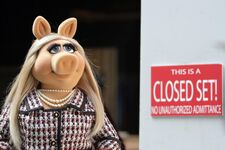 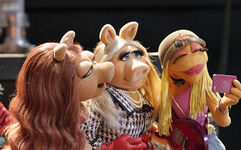 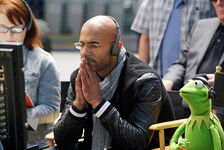 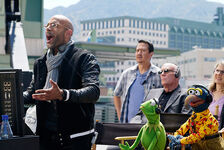 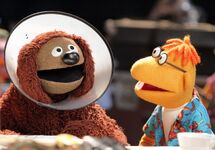 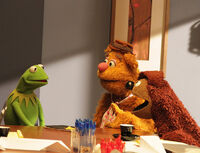 Many of the jokes and one-liners from the presentation pilot were later re-used in the actual series itself: 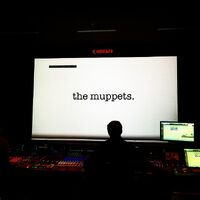 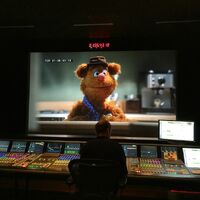 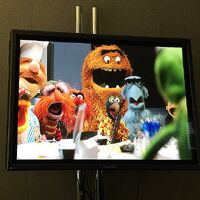 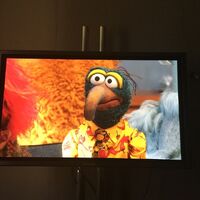 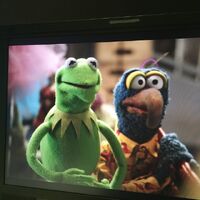 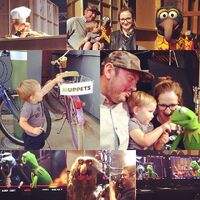 Collage of on set photos from the pilot presentation posted on Instagram by Adeline Ramage Rooney.