The Muppets Go Camping is a 1981 Muppet storybook.

Kermit is taking time out to relax and notices a note from Robin telling him that he's gone out to spend a night in the woods alone, with only a box of matches to make a fire in order to earn his Frog-in-the-Wilds Badge for the Frog Scouts. Kermit is envious of Robin until Fozzie gets wind of Robin's adventure, as he is concerned that Robin will starve and freeze in the woods alone.

The duo decide to camp near Robin in case he needs help, but when the rest of the gang hear their plan, they decide to go camping with them. Failing in their attempts at camping, the gang searches for Robin and stumble on an old house that they think a Witch lives in. Spooked by an Owl, they become lost, and follow a distant light in the woods. Nearing the light, they find it is their camp, with a decent dinner cooking and a tent properly set up.

Confused, they soon discover that it is Robin who has found their camp and set it up properly. Not only had Robin successfully forged for himself in the woods, earning his Frog-in-the-Wilds badge in the process, he also was presented a special badge for Helping Campers in Trouble. 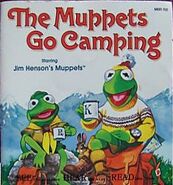 MBR 702
Add a photo to this gallery 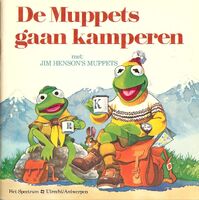