The Muppets Go to the Movies

In this one-hour special, Lily Tomlin and Dudley Moore join the Muppets in a tribute to film classics. Kermit the Frog hosts the program, which begins with an all-cast rendition of "Hey a Movie!" from The Great Muppet Caper.

Additionally, Floyd and Janice perform "Act Naturally" backstage, the entire cast and guest stars (in multiple roles) sing "We'll Meet Again" as the finale, and the special includes three clips from The Great Muppet Caper: "The First Time It Happens", Beauregard's taxi-driving sequence, and "Steppin' Out with a Star". A clip from the finale of The Muppet Movie also appears during the special's opening sequence.

The special is unique because it's the first time the entrance to The Muppet Theatre is shown at the end of the special. There is a close up of the exit door and the back entrance during the credits as Kermit is locking up.

Background Muppets: Angus McGonagle, Bobby Benson, The Babies, one of the Atrics, Koozebanian Phoob, Nigel, Pops, Sopwith the Camel, Chickens, Frackles, and others.

“This is not, obviously, the most elegantly witty humor. It is, by turns, silly, outrageous, sophomoric and hilarious. Old vaudeville gags compete with brisk standup routines. When the energy threatens to wane, an elaborate production number is hauled in... Miss Tomlin is especially suited to the special world of the Muppets. She takes them quite seriously and enters their routines with totally zany but understandable dedication... And so on, right to the entire company finale in which everyone joins in singing "We'll Meet Again." I hope so.”
—John J. O'Connor, The New York Times. May 20th, 1981.

This special was released on video in the United Kingdom by Palace in the 1980s. It was also released on DVD in Israel. The PAL VHS release omits the original UK commercial bumpers and substitutes them for a shot of the Muppet audience applauding Rowlf at the end of his tribute to the Silent Era.

The special was also made available on VHS through Films Incorporated in 1988. 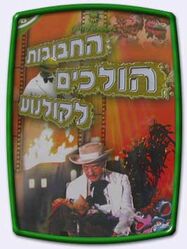 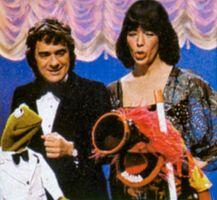 Moore and Tomlin with Kermit and Animal (in diver gear) from a sketch that doesn't appear in the special. 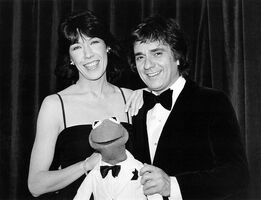 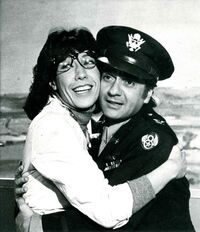 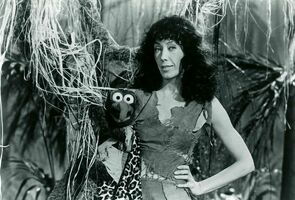 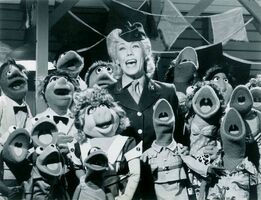 Lily Tomlin with the cast for A Frog Too Far