"The Muppets Make Puppets" was a special 30-minute episode produced for public television in 1969 as a follow-up to "The Muppets on Puppets" program and a companion to "Muppet Puppet Plays."

Jim Henson -- with the help of Muppet dogs Rowlf and Rufus, puppet builder Don Sahlin, and off-camera puppeteers Frank Oz and Daniel Seagren -- explains how to build and operate simple homemade puppets. Henson describes the various kinds of puppets; demonstrates how to operate hand puppets; and provides a look at how his brand of puppets, the Muppets, are built.

WITF in Pennsylvania aired it as part of their Adventure in the Arts series.

Iowa Public Television aired it as part of their Volume See series. In 2009, IPTV uploaded 15 minutes of the program to their YouTube channel, cropping the original 4:3 screen resolution for a widescreen presentation. (YouTube)

Clips of the special, again adapted for widescreen, were included in Being Elmo: A Puppeteer's Journey. 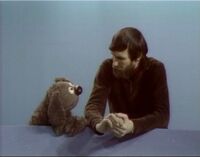 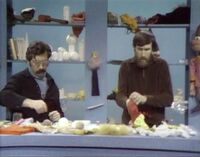 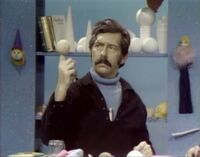 Sahlin contemplates a tennis ball as a puppet head. 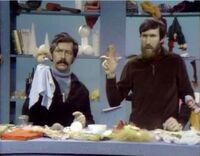 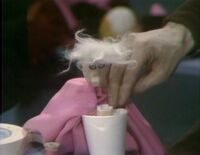 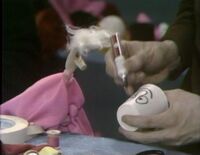 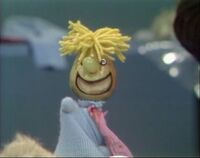 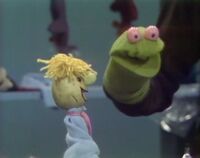 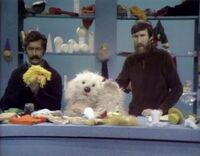 Rufus pops in for a visit. 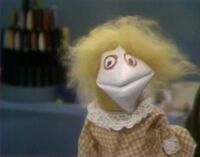 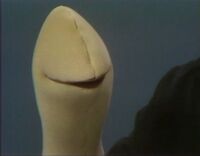 The inside of a puppet. 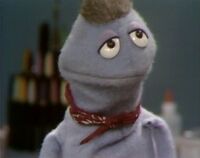 Scoop, made from a similar puppet shape. 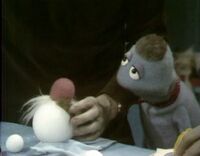 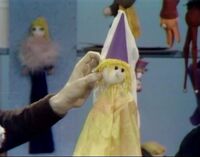 A princess to go along with the king. 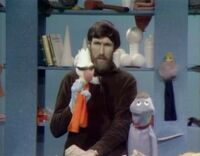 The king with a cup for a crown and fabric for a robe. 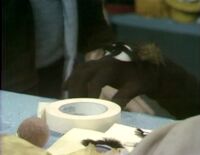 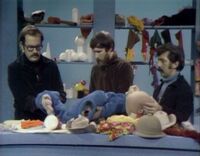 Getting into a live-hand whatnot. 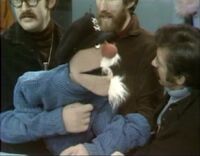 A riverboat captain talking to Don. 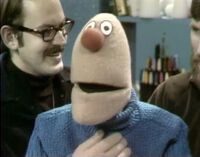 A librarian who reads poems. 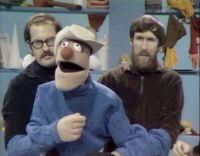 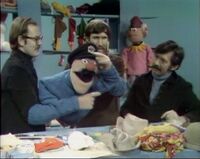 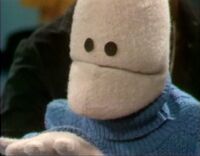 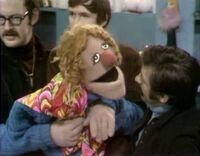 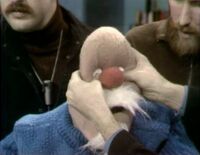 Returning to the original riverboat captain. 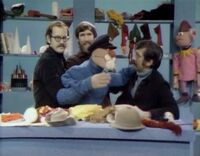 The closing to the episode.
Add a photo to this gallery

Retrieved from "https://muppet.fandom.com/wiki/The_Muppets_Make_Puppets_(episode)?oldid=1078282"
Community content is available under CC-BY-SA unless otherwise noted.