In the finale of The Muppets Take Manhattan, the Muppets have finally made it to Broadway with the opening night of their musical Manhattan Melodies.

During the closing number, the characters played by Kermit and Miss Piggy are to be married. But when the minister turns out to be real, it looks like they might finally tie the knot, after all.

The following is the list of characters from The Muppet Show, Sesame Street, and other Muppet productions who are seated in the pews to witness this historic event. 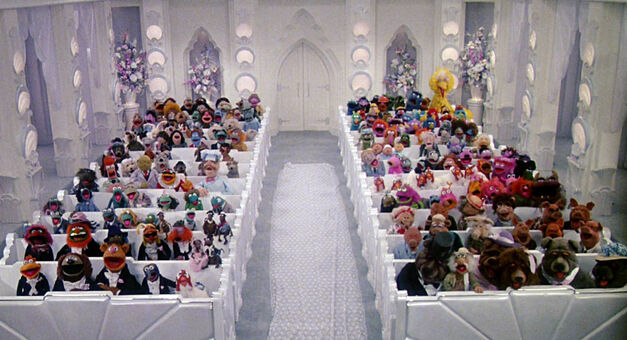 Retrieved from "https://muppet.fandom.com/wiki/The_Muppets_Take_Manhattan_Wedding_Seating_Chart?oldid=1194821"
Community content is available under CC-BY-SA unless otherwise noted.