The Muppets at Walt Disney World premiered on NBC on May 6, 1990 as an episode of The Magical World of Disney. It was part of an awareness campaign to promote the planned merger of The Jim Henson Company with The Walt Disney Company.

In this one-hour special, the Muppets visit Kermit's hometown of Paradise Swamp, Florida for the annual Frog Festival and Bug Fry. Once there, they discover Walt Disney World on the other side of the swamp. After a run-in with Quentin Fitzwaller, an irate, bumbling security guard played by Charles Grodin, the group splits up to explore the wonders of the theme parks and resort complex.

Four of the original songs were written by Mark Radice for the special. No songwriter is credited in the special itself. 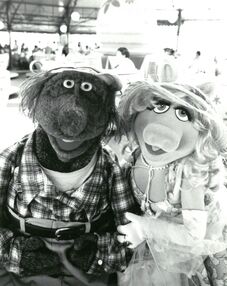 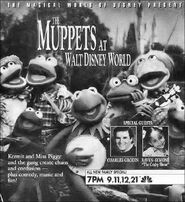