The Noodle Family appear in the Elmo's World segments of Sesame Street. Elmo frequently asks the Noodles, a group of silent characters, to demonstrate how to perform a chore or answer a question; they respond through pantomime but invariably get the process wrong or fail to follow Elmo's instructions. Through trial and error and repeated prompting, The Noodles usually manage to figure it out.

Writer Louise Gikow called the Noodles "a dynasty of mimes,...in the tradition of great silent film comedians like Charlie Chaplin, Buster Keaton, and Harold Lloyd."[1] They make mistakes but solve them with the help of "enthusiastic kid voice-overs,"[1] which empower children and help them feel smarter than the adults. They are silent to allow Elmo to do all the talking and to give children the opportunity to respond to what they see on the screen. Acting similar to clowns, using slapstick and similar types of physical comedy, they physically and humorously act out their replies to Elmo's questions.[2] According to writer and Elmo's World co-creator Judy Freudberg, "Mr. Noodle, who never speaks, is all about trial and error. When you throw him a hat, he acts like he's never seen one before. Kids feel empowered watching him because they can do what he can't."[3] According to Sesame Street researcher Lewis Bernstein, the characters, whom he calls "bungling," give young viewers "the opportunity to figure it out" before the adults do.[1] 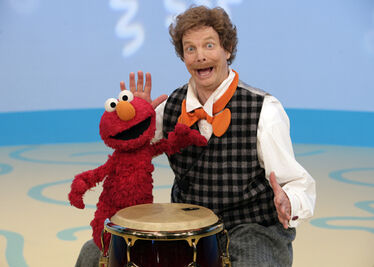 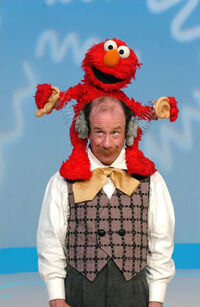 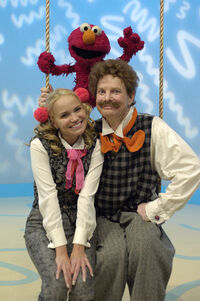 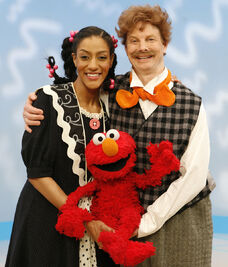 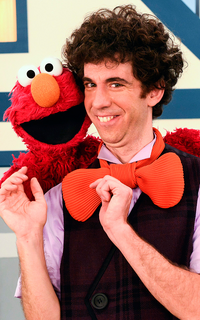 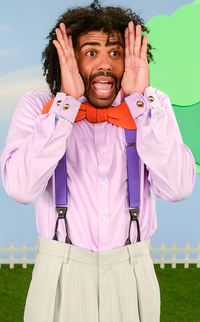 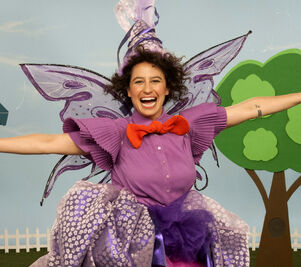 Mr. Noodle was introduced along with Elmo's World in Season 30. Mr. Noodle was played by Bill Irwin, who had previously worked with Arlene Sherman, executive producer of Sesame Street and co-creator of Elmo's World, on short films produced for the show.

For the next season Irwin was unavailable, so Sherman asked her friend Michael Jeter to replace Irwin as Mr. Noodle's brother Mr. Noodle. Jeter enthusiastically accepted, later calling it his favorite role in 20 years.[4] Irwin returned to the role of Mr. Noodle and appeared alongside Jeter in two Season 32 segments, after which the two Noodle brothers alternated and occasionally appeared jointly. Jeter continued in the role as Mr. Noodle's brother until his death in 2003 (at the end of Season 34); Jeter appeared in 23 Elmo's World episodes and two Elmo's World specials.

In 2001 Actress Kristin Chenoweth was cast as Mr. Noodle's sister Ms. Noodle and appeared alongside her two brothers in two home-video productions. She later appeared in a Season 34 episode and two Season 37 episodes.

In Season 38, Sarah Jones appeared in the "Helping" episode of Elmo's World as Mr. Noodle's other sister, Miss Noodle.

Bill Irwin, the original Mr. Noodle, continued in the role throughout the entire initial run of Elmo's World (which concluded in Season 40); Irwin appears in 42 of the original episodes plus three Elmo's World specials. In "Grandparents," he also appears as Grandma Noodle

Starting in Season 47, the concept of Elmo's World was revived in a new format. Irwin returned as Mr. Noodle and the series introduced some new Noodle family members, including two new brothers, played by the Tony and Grammy Award-winning Daveed Diggs and comedian Daniel Koren.[5] In the "Father's Day" episode, Diggs also played the Noodles' dad, Papa Noodle

In Season 48, Ilana Glazer was added to Elmo's World as another one of Mr. Noodle's sisters.

An illustrated version of Mr. Noodle, drawn by Ernie Kwiat, was featured in Sesame Street Magazine. 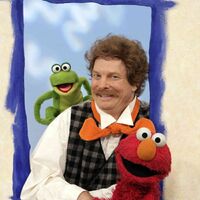 Mr. Noodle, Elmo, and a frog 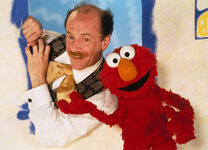 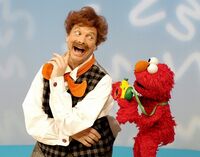 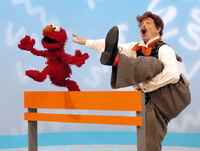 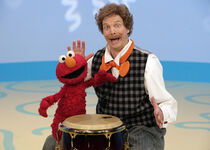 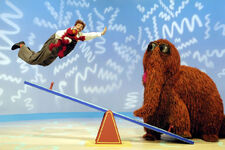 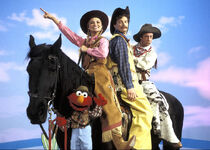 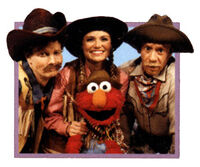 The Noodles (with Elmo) dressed as cowboys 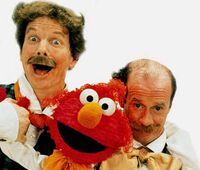 Elmo dressed as a Noodle with Mr. Noodle and his brother 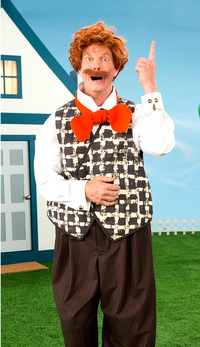 Mr. Noodle as seen in the second Elmo's World format which debuted in Season 47