The Ringmaster was a character seen in a series of eleven animated sketches on Sesame Street, animated by Jeff Hale. He was a character very much like the ringmasters seen in most circuses. The sketches he appeared in taught children how to count numbers of various animals.

Each sketch began (and ended) with a number of red dots appearing on-screen, which then turned into whichever numeral was to be featured in the sketch. Then the numeral became part of a 3-by-4 grid of squares and flickered as it appeared.

In the Ringmaster sketches, the top-hatted character boldly announced however many animals would be performing whatever tricks. With a whip he made the animals rearrange themselves in many patterns, despite the fact that their number remained unchanged. This happened in every segment, except #2 where he used a saxophone instead.

The music for the segments was composed by Phil Kimmelman. 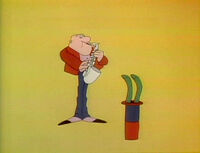 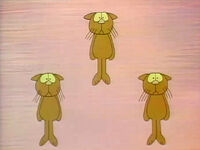 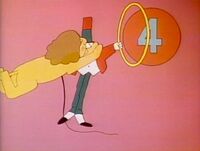 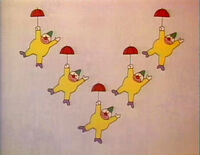 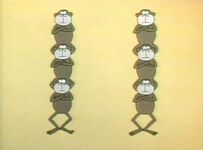 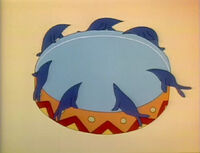 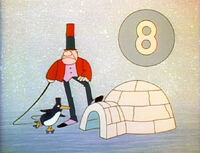 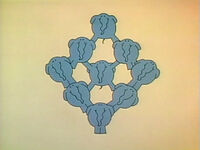 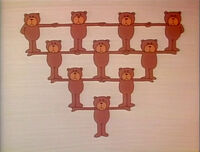 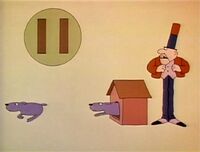 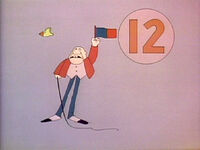 Retrieved from "https://muppet.fandom.com/wiki/The_Ringmaster?oldid=1142858"
Community content is available under CC-BY-SA unless otherwise noted.