The Saturday Evening Post is a magazine first published in 1891. The magazine is well known for featuring covers by illustrator Norman Rockwell. The Muppets have appeared on the cover several times.

The November 1979 issue featured a Muppet parody of Rockwell's classic painting Freedom From Want, picturing the Muppets around a Thanksgiving table. Inside is an article entitled "Muppets on His Hands."

The December 1980 issue featured a cover with John Denver and the Muppets from A Christmas Together. Inside is an article titled "Muppets on the Move."

The July/August 1981 issue featured Miss Piggy dressed as a judge on the cover. Inside is an article titled "Women's Careers by Miss Piggy," with pictures from the 1981 book Miss Piggy's Guide to Life. 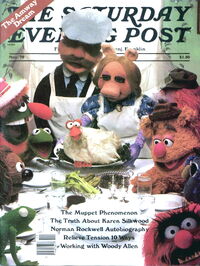 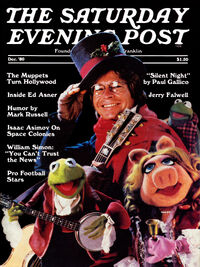 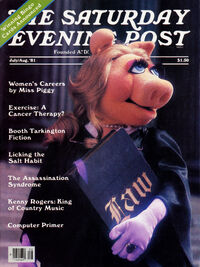 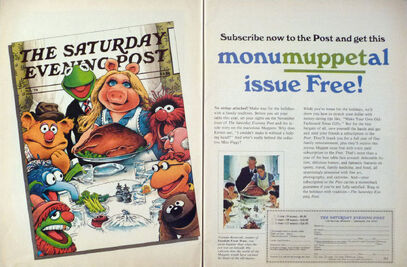 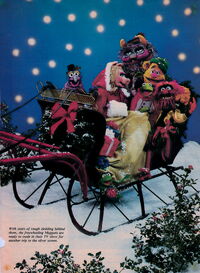 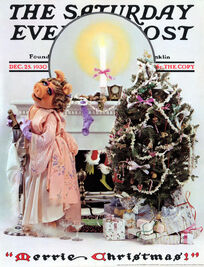 Wikipedia has an article related to:
The Saturday Evening Post
Community content is available under CC-BY-SA unless otherwise noted.
Advertisement