The Scarecrow is one of Dorothy Gale's companions on the way to the Emerald City in The Muppets' Wizard of Oz. Rescued from a field where he was tormented by crows, the strawman, or straw-frog, joins Dorothy, in the hopes of acquiring a brain. Glinda appears to be smitten with him.

The Scarecrow puppet is differentiated from the regular Kermit puppet in that it is made from green burlap instead of fleece.

Kermit wore the Scarecrow outfit again during an October 2021 appearance on The View noting that he's a fan of the character, but also that the premise of their appearance there during the Halloween season was a good way of justifying the cost of the costume. 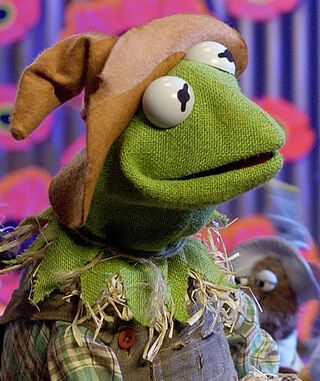 A close-up of Kermit's burlap "skin" 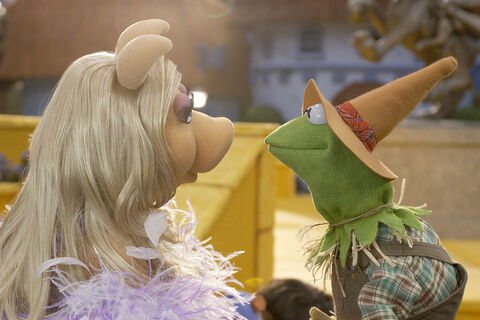 Glinda and the Scarecrow