The twelve months throughout the year feature a "picture story", each of which are told through a series of illustrations made to appear as though they've been placed in a photo album. The stories were later reprinted in volumes of The Sesame Street Library and The Sesame Street Treasury. 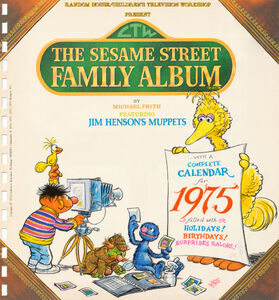 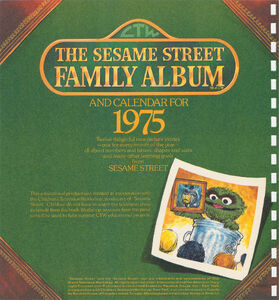 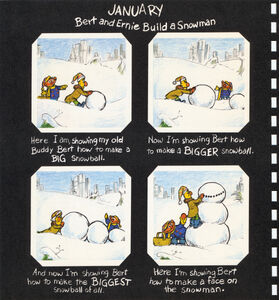 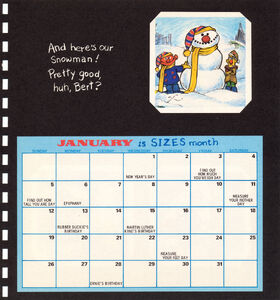 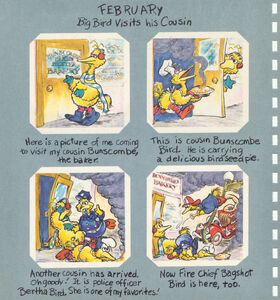 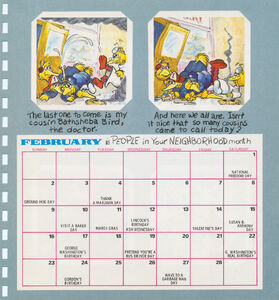 people in your neighborhood month 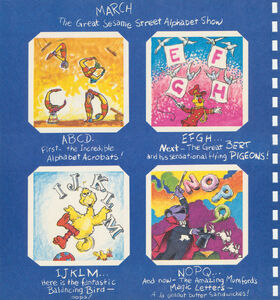 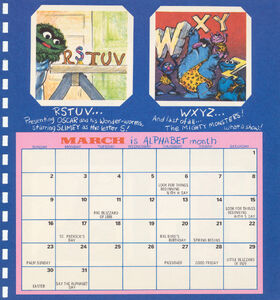 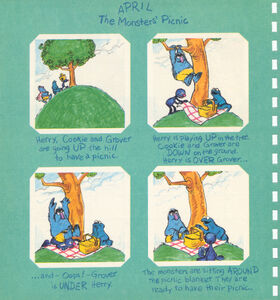 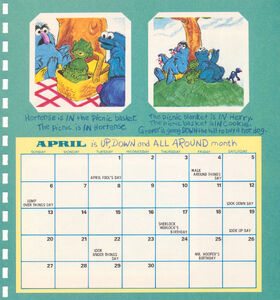 up, down and all around month 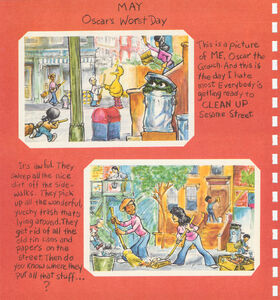 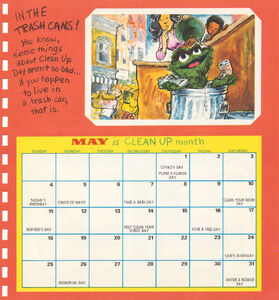 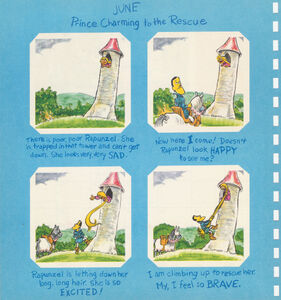 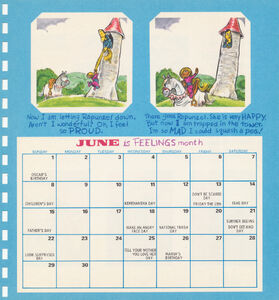 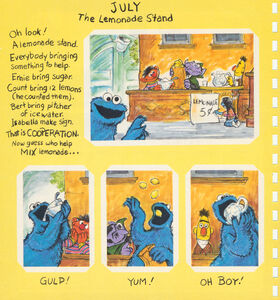 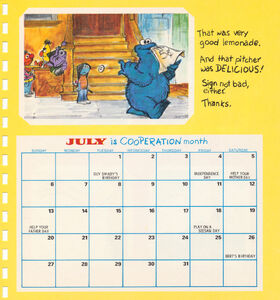 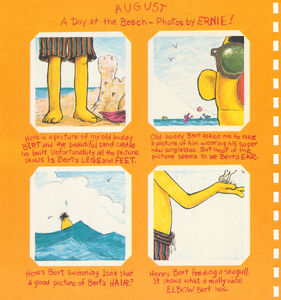 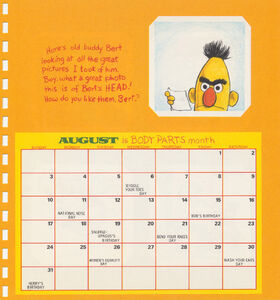 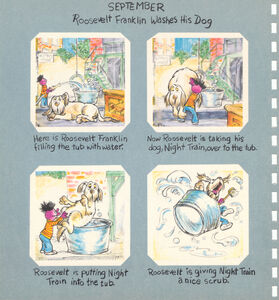 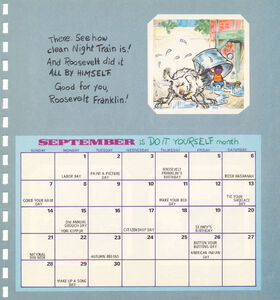 do it yourself month 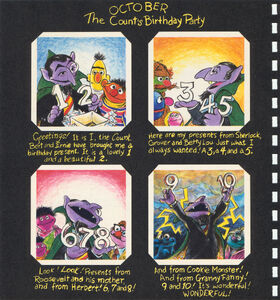 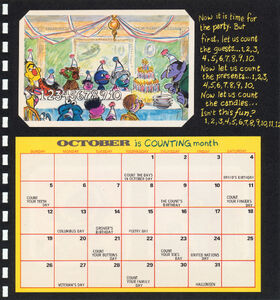 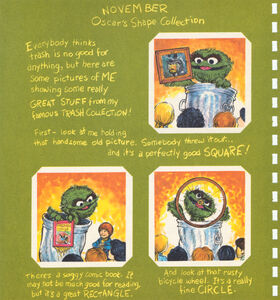 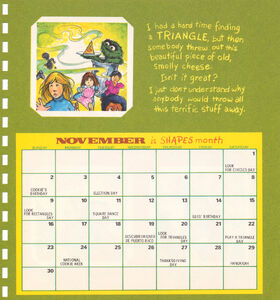 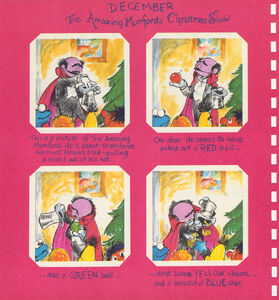 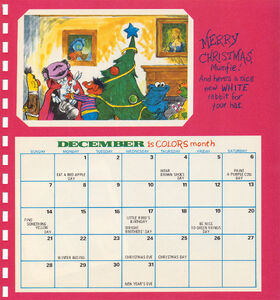