The Seven Dwarves (sometimes known as the Seven Dwarfs) are a group of characters from the fairy tale "Snow White." The dwarves, who in the original Brothers Grimm story were indistinguishable from one another, were first given individual names and personalities in Disney's 1937 film Snow White and the Seven Dwarfs: Doc, Happy, Grumpy, Bashful, Sneezy, Sleepy, and Dopey. In most versions, the dwarves befriend Snow White and take her in to their cottage when she is forced to flee her stepmother, the Evil Queen. In return, she helps cooks and clean for the little men.

Several groups of dwarves have appeared on Sesame Street throughout the years, often being used in counting exercises or interviews by Kermit the Frog. In the same vein as the Disney film, the dwarves on Sesame Street are often named after their most dominant personality traits.

A 1971 Sesame Street skit featured Snow White mistakenly visiting the home of the six dwarves. She had to count the dwarves a number of times before she was convinced that she had the wrong house. (First: Episode 0279) 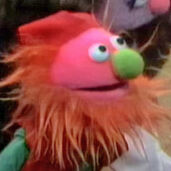 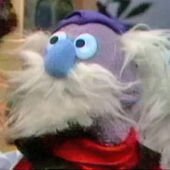 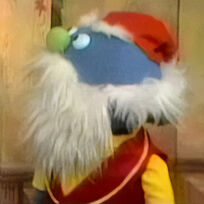 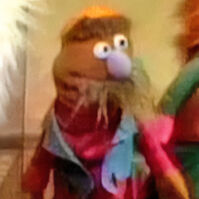 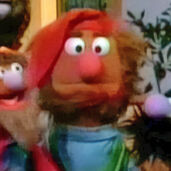 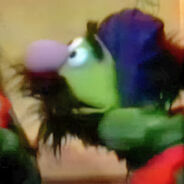 SneakyJim Henson
Add a photo to this gallery

Kermit the Frog meets a different set of Seven Dwarves in another breaking Sesame Street News Flash report. However, in this version, each dwarf is named after (and represents) a different emotion: Cheerful, Sad, Lovey, Angry, Proud, Surprised and Fearful. (EKA: Episode 2415) 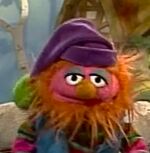 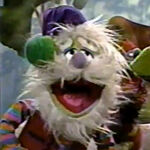 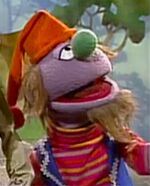 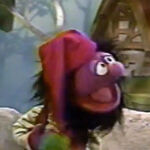 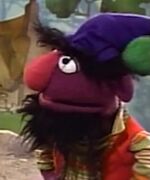 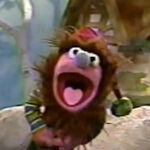 SurprisedJim Martin
Add a photo to this gallery

The Seven Dwarves appear in Episode 4114 alongside Snow White, as played by Amy Sedaris. They're quite happy to be together, energetically singing "We Are the Seven Dwarves" and counting themselves. However, one at a time, the dwarves must take leave to pursue other ventures, leaving Snow White alone. Elmo comes up with the idea of replacing the dwarves with Alan and some kids.

Hammy, a somewhat arrogant dwarf who hams it up whenever he can, leaves the dwarves to pursue the enlightening career of "Breadcrumb #3" in "Hansel and Gretel." Sensitive-Nose, a large-nosed dwarf, leaves due to the rather pungent smell of Smelly, an odoriferous dwarf, who leaves due to the cheese in his shoes. Itchy, a dwarf that is constantly scratching himself, leaves the group to find his backscratcher. Gassy, a bloated, burping dwarf, runs off to find some antacids. Vertigo, a dizzy dwarf, feels that the world is spinning around him and leaves to go lie down for a while. Finally, Clumsy, a purple-haired, big-eyed dwarf who always falls down, leaves to apply a cold compress to his aching body. 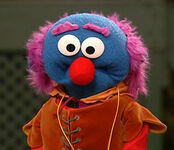 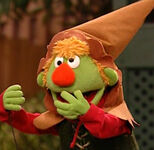 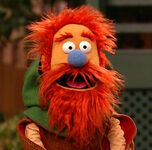 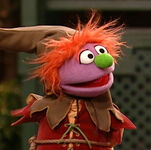 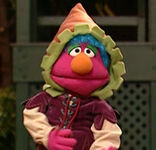 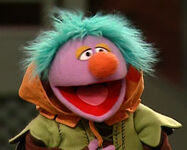 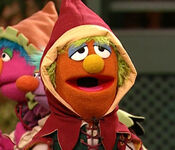 HammyEric Jacobson
Add a photo to this gallery

Retrieved from "https://muppet.fandom.com/wiki/The_Seven_Dwarves?oldid=1146165"
Community content is available under CC-BY-SA unless otherwise noted.