The Great Sphinx of Giza, commonly referred to as the Sphinx, is a limestone statue of a reclining or couchant sphinx (a mythical creature with a lion's body and a human head) that stands on the Giza Plateau on the west bank of the Nile in Giza, Egypt.

It is the largest monolith statue in the world, standing 241 feet long, 20 feet wide, and 66.34 feet high. It is the oldest known monumental sculpture, and is commonly believed to have been built by ancient Egyptians of the Old Kingdom during the reign of the pharaoh Khafra (c. 2558–2532 BCE). 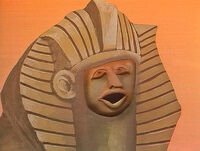 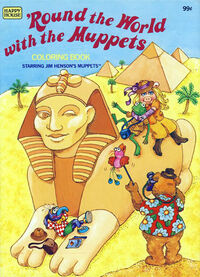 The Sphinx on the cover of a 1983 coloring book 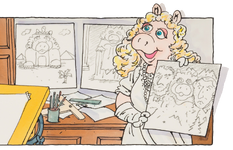 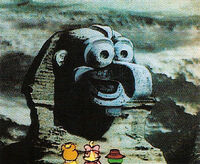 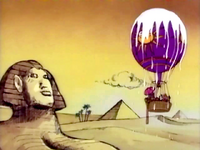 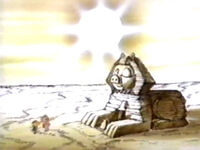 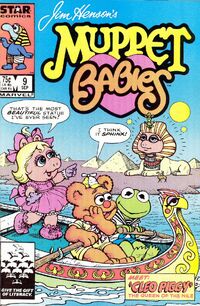 A Piggy Sphinx on the cover of Muppet Babies #9 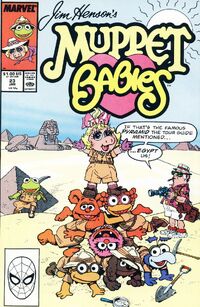 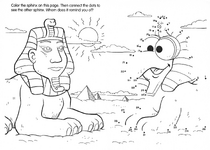 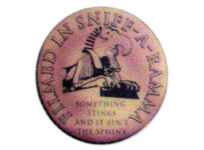 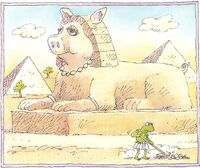 Miss Piggy Sphinx in One Frog Can Make a Difference 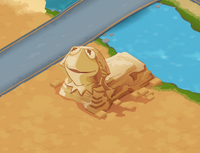 A Kermit Sphinx in "The Muppets: The Great Search!" game on muppets.com 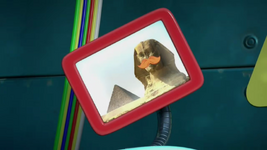 Mustachioed Sphinx in "The Froginizer" 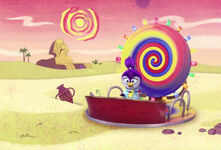 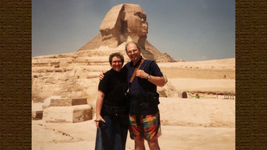 Kermit the Frog photobombing tourists on the Muppets Now premiere episode "Due Date"
Add a photo to this gallery
Wikipedia has an article related to:
Great Sphinx of Giza
Retrieved from "https://muppet.fandom.com/wiki/The_Sphinx?oldid=1309327"
Community content is available under CC-BY-SA unless otherwise noted.