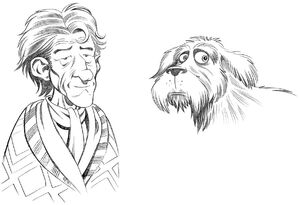 According to Archaia Comic's Editor in Chief, Stephen Christy, there are three unused teleplays written by Anthony Minghella for the original series. Archaia took one of these unproduced scripts, "The Witch Baby", and adapted it in comic book format.