The Voice is an NBC singing competition show. Hosted by Carson Daly, the show is unique for having a "blind audition" process, where the judges (or coaches) listen to the singers without looking at them. The original judging panel included Adam Levine, Cee Lo Green, Christina Aguilera and Blake Shelton. The format has since been expanded worldwide. 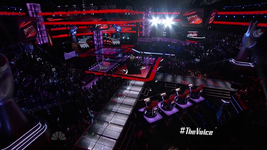 The Voice stage with Cee Lo and Kermit 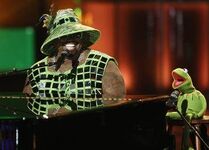 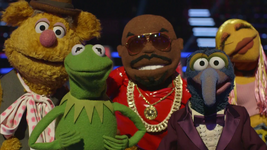 Ad for the appearance 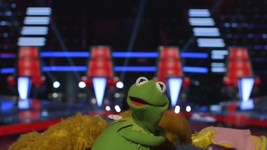 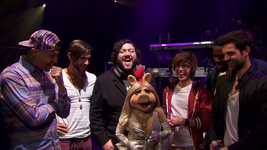 Miss Piggy with the all-star contestants 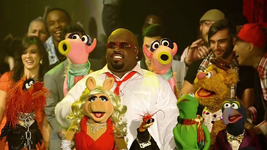 Cee Lo and the Muppets performing "All I Need is Love" 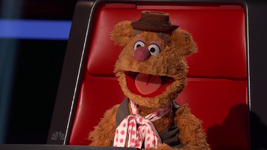 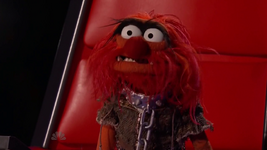 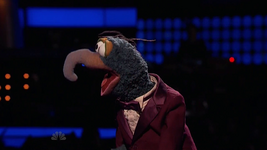 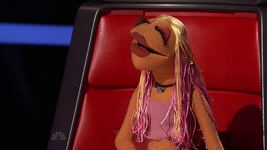 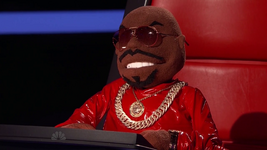 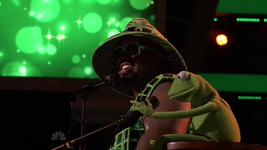 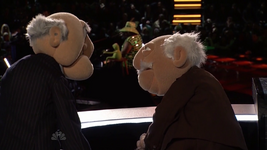 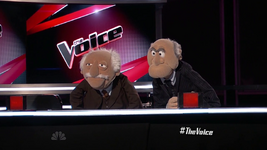 ...Statler & Waldorf
Add a photo to this gallery 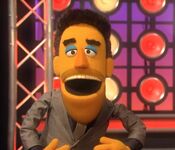 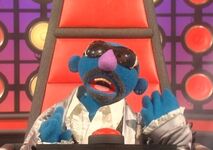 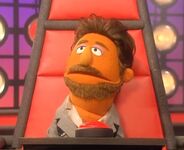 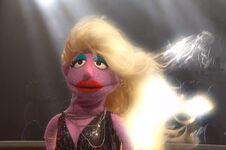 Christina Aguilera
(Stephanie D'Abruzzo)
Add a photo to this gallery

Wikipedia has an article related to:
The Voice (U.S.)
Retrieved from "https://muppet.fandom.com/wiki/The_Voice?oldid=1261248"
Community content is available under CC-BY-SA unless otherwise noted.