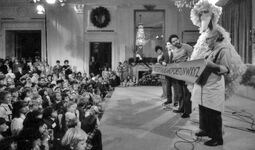 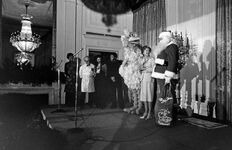 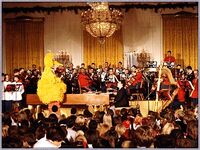 Big Bird performs at the White House Christmas Party in the East Room, 1978 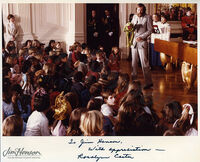 Rosalynn Carter's thank you letter to Jim Henson for his visit to the White House, 1978. 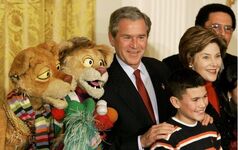 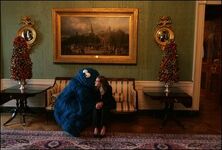 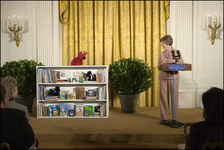 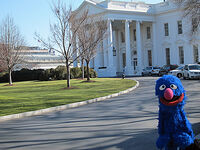 Grover outside of the White House on February 7, 2012 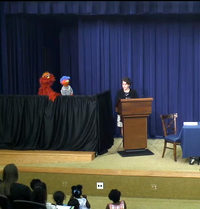 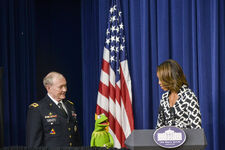 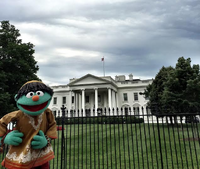 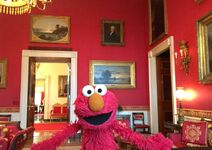 Wikipedia has an article related to:
The White House
Community content is available under CC-BY-SA unless otherwise noted.
Advertisement