The World of the Dark Crystal is a 128-page detailed companion book written in conjunction with the production of The Dark Crystal. The book was designed and edited by Rupert Brown, with illustrations by Brian Froud and text by J. J. Llewellyn. It was originally published in 1982 by Alfred A Knopf, Inc. The book includes a collection of sketches, paintings, diagrams, and and other background work created for the film, along with descriptions and narrative (told from the point of view of Aughra). The book was first released in 1982 but soon went out-of-print and became very rare to come by.

In 2003 - over 20 years after the initial release - the long out-of-print book was revisited and reprinted in a special 132-page "Collector's Edition." The reprinting contained all of the original art and text, plus a new essay by Froud, illustrated with never-before-published paintings, drawings, and sculptures from the film's archives. The new edition also came with a reproduction of the 20-page presentation booklet, entitled "The Crystal", which was created by Henson and Froud to pitch the film to backers - an archive item so rare that less than a dozen original copies were known to exist. 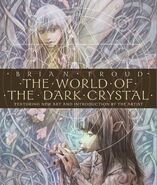 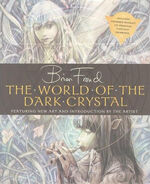 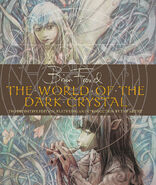 Retrieved from "https://muppet.fandom.com/wiki/The_World_of_the_Dark_Crystal_(book)?oldid=1251607"
Community content is available under CC-BY-SA unless otherwise noted.