The X Factor television programs are a set of world-wide talent-competition reality programs in the mold of American Idol or America's Got Talent.

The Muppets made an appearance on the November 28, 2011, episode of the United Kingdom edition of The X Factor. (YouTube) Singer Olly Murs, a runner-up contestant from a previous season, performed "Dance with Me Tonight" on the program with the Muppets backing him up.

The song started with Animal on drums and a standing Fozzie Bear on cello (played like a string bass). Fozzie introduced Murs, as two trios of penguins squawked rhythmically. Miss Piggy (performed by Eric Jacobson and assisted by Warrick Brownlow-Pike) made a grand appearance after the first chorus, being sung to by, and singing with, Murs. During the a capella penultimate chorus, Statler and Waldorf appeared at the judging panel's table with judges Tulisa Contostavlos and Kelly Rowland. Judges Louis Walsh and Gary Barlow posed with the Muppets during the rehearsals.

This track is a bonus track on the UK release of The Muppets movie soundtrack. 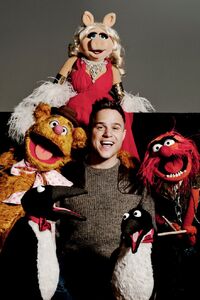 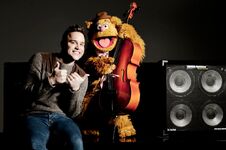 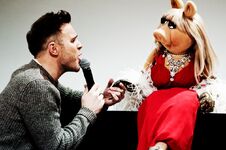 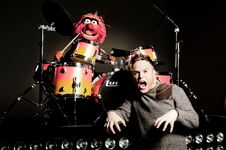 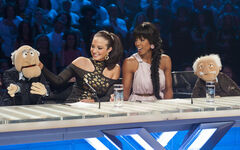 Statler and Waldorf appear at the judges' table... 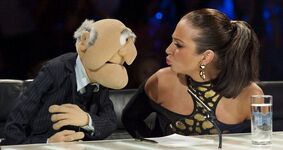 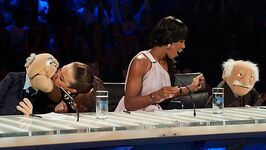 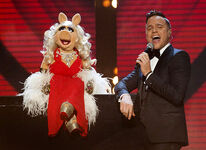 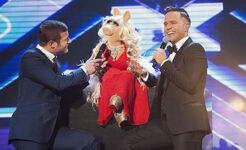 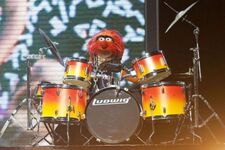 Animal at the drums 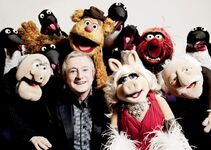 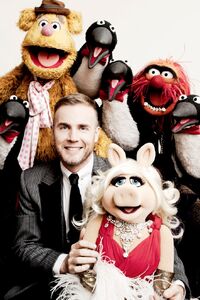 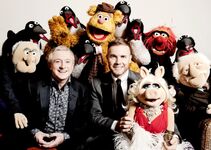 Walsh and Barlow
Add a photo to this gallery

Retrieved from "https://muppet.fandom.com/wiki/The_X_Factor?oldid=1257848"
Community content is available under CC-BY-SA unless otherwise noted.