From a promotional interview with CNN: "When they were negotiating the movie, I said, you know, 'What's the billing going to be?' And they said, 'First among humans.' And I want that in the future on all films, I think." At the conclusion of filming, Curry was given a Muppet caricature of himself as a gift for making the movie.

In 1996, the actor contributed a "Lemon-Stuffed Roasted Chicken" recipe for Miss Piggy's cookbook, In the Kitchen with Miss Piggy. Later in 2006, he narrated the direct-to-video production, A Sesame Street Christmas Carol.

In 1998, Curry starred in an unaired pilot Madness Reigns produced by the Jim Henson Company, playing an exiled king with Henson puppets in the supporting cast.

His numerous non-Muppet credits include Dr Frank'n'Furter in The Rocky Horror Picture Show and Roger Corwin in the 2000 feature film adaptation of Charlie's Angels, while his stage credits range from The Pirate King in The Pirates of Penzance (at Drury Lane in 1983), to Spamalot (in Chicago, Broadway and the West End). 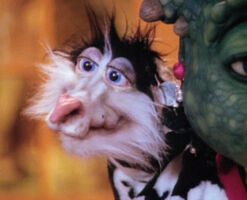 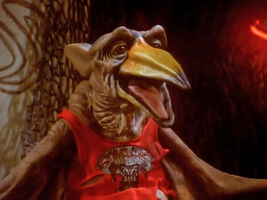 Pterodactyl
"Leader of the Pack" 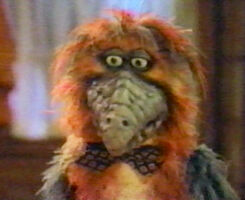 Henri Poupon
"Getting to Know You" 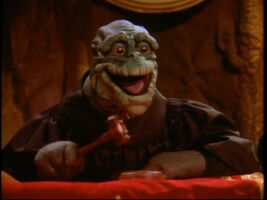 The Chief Elder
"The Greatest Story Ever Sold" 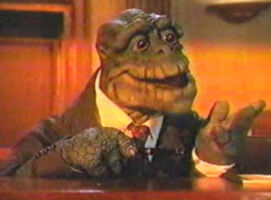 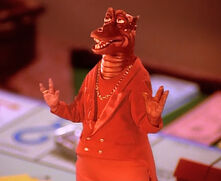 The Devil
"Life in the Faust Lane" 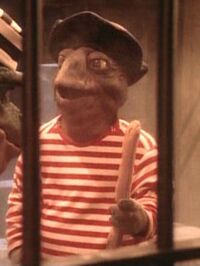 Wikipedia has an article related to:
Tim Curry
Community content is available under CC-BY-SA unless otherwise noted.
Advertisement