Henson began the project in the spring of 1964 (initially titling it Time to Go)[1] and continued to work on it for nearly a year, between commercial projects and various Muppet television appearances. The short film premiered on May 6, 1965 at the Museum of Modern Art and was distributed through Pathe Contemporary films to arthouse theaters and the film festival circuit. It played in New York City along with the French feature A Man and a Woman.

The surrealist film, which runs slightly less than 9 minutes, follows a nameless man who lies in a hospital bed awaiting examination by a doctor through a wide range of experiences. Mundane daily activities are intercut with surreal fantasy and pop-culture references. The relentless passage of time is a recurring motif, both visually, through various clocks, and aurally, through a rhythmic percussion soundtrack which "ticks away" throughout. Key setpieces include an examination of workplace drudgery, a prolonged dinner sequence (intended as a spoof of a scene from the film Tom Jones), and a nightclub visit satirizing the striptease (including a dancing roast chicken and a marionette skeleton). The man also rides a pogo stick, shoots the Mona Lisa, escapes from prison, and gradually applies a coat of pink paint to a living elephant. He assumes different costumes and identities throughout, from Tarzan to a cowboy, and repeatedly utters the only dialogue in the film, a plaintive cry of "Help!" from increasingly incongruous and perilous positions.

Apart from the rapid montage cutting and superimposition of objects, Jim Henson used animation heavily to create an impressionistic feel. He personally animated scenes of moving patterns, anticipating those later utilized in various Sesame Street inserts. Don Sahlin supervised the use of pixillation and reverse motion to further "stylize" the movements. 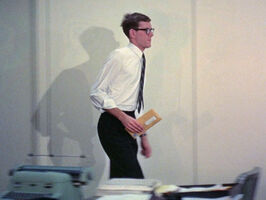 Frank Oz as a messenger boy 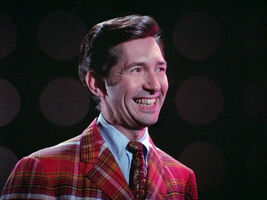 Don Sahlin as a comic taking a pie in the face 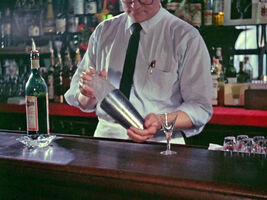 Jerry Juhl as a bartender

Time Piece received several film festival awards, including the Blue Ribbon Award from the American Film festival in 1967, and was nominated for an Academy Award in the "Best Short Subject, Live Action Subjects" category. 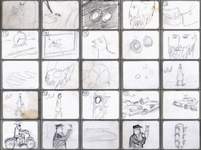 Some of Henson's storyboard panels for Time Piece. 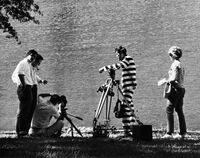 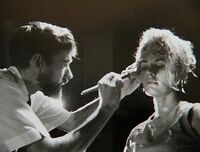 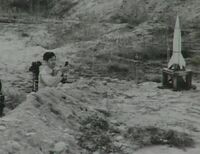 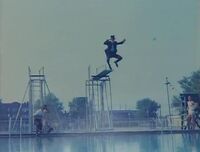 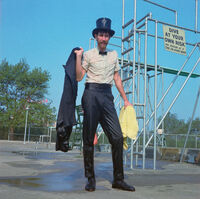