Tina Fey (b. 1970) is an American writer, comedienne, and actress. Fey served as cast member, head writer, and Weekend Update anchor on Saturday Night Live between 1997 and 2006. She co-produced, wrote, and starred in the NBC comedy 30 Rock from 2006 to 2013. A Netflix program Fey co-created, Unbreakable Kimmy Schmidt, premiered in 2015. 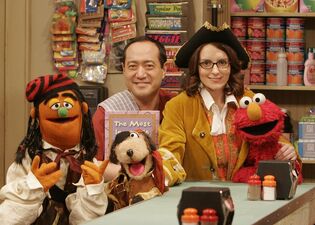 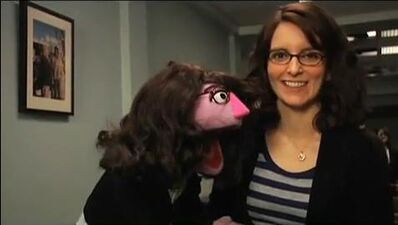 Wikipedia has an article related to:
Tina Fey
Retrieved from "https://muppet.fandom.com/wiki/Tina_Fey?oldid=894405"
Community content is available under CC-BY-SA unless otherwise noted.