Today, also known as The Today Show, is a daily morning news and talk program on NBC. Debuting in January 1952, it is also the third-longest running American television series.

The Muppets were frequent guests on Today in the early 1960s, doing local cut-ins for the show from Washington, D.C. They performed sketches from Sam and Friends; Jim Henson and Jane Nebel were also interviewed occasionally.

Decades later, the Muppets still make regular appearances on the show to promote current projects. Miss Piggy has had a particularly stormy past on the show; she seems to have a romantic history with co-host Matt Lauer, and she's had dust-ups with hosts Katie Couric and Meredith Vieira. Elmo has also had a long standing flirtation with news anchor Ann Curry.

The Muppets have also played host to the Today hosts -- Lauer, Natalie Morales and weatherman Al Roker have all appeared on Sesame Street. Willard Scott and Jane Pauley were guests on The Jim Henson Hour in episode 103, when Fozzie Bear visited the set of Today. Matt Lauer interviewed Cookie Monster on Sesame Street's Episode 4115 about the "Veggie Monster" controversy.

A number of Today personnel such as Lauer, Scott and Bryant Gumbel also contributed recipes to Miss Piggy's 1996 cookbook, In the Kitchen with Miss Piggy. 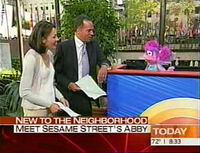 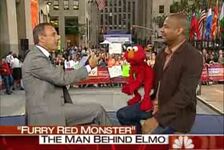 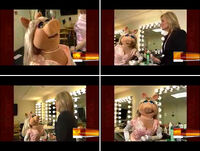 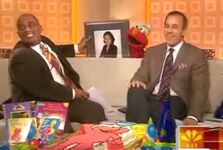 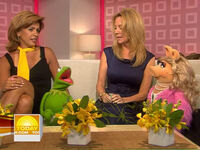 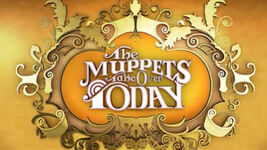 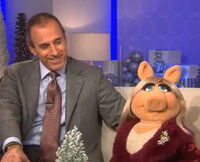 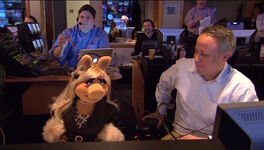 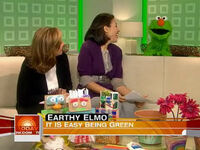 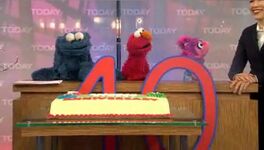 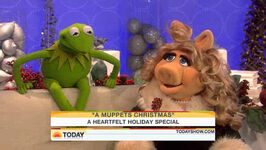 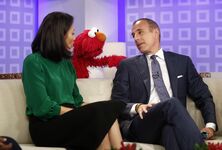 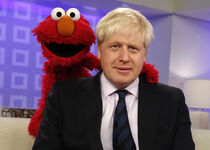 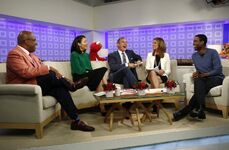 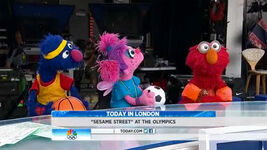 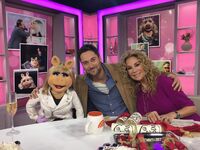 Miss Piggy with Kathie Lee Gifford and guest host Ryan Eggold on December 2, 2016.
Add a photo to this gallery

Wikipedia has an article related to:
Today (NBC program)
Retrieved from "https://muppet.fandom.com/wiki/Today?oldid=1305499"
Community content is available under CC-BY-SA unless otherwise noted.