Tokyo Sesame Place (東京セサミプレイス) was a Japanese Sesame Street theme park located in Akiruno, Tokyo, Japan. It was a Japanese version of the Sesame Place theme park in Langhorne, Pennsylvania. Despite using the name, it was not affiliated with the American park and was owned and operated separately. The park was located near the Tokyo Summerland water park, although it shared the same car parking spot as the park's golf club.

Tokyo Sesame Place opened in October 1990 and closed on December 31, 2006, as the owners of the park went into management difficulties. The site of where the park was has stood vacant and abandoned since then, although some of the major parts of the park including signage, the Escalators and the Big Bird head were removed after the closure.

To enter the theme park, visitors went on a really long (40.8 meter, at the time was the longest escalator in Japan) escalator ride through a steep hill all the way to the top in front of a giant Big Bird head. Most of the attractions were after the Escalator ride on Sesame Square, while the rest were on the upper floor, called Barkley's Walkway. This is where the Big Bird head would go to.

Most of the attractions were the same as it's American counterpart during it's first years, with a few unique ones. Due to the small size of the park, the attractions were more or less like playground equipment. There was also a restaurant, some carnival games, kiddie rides (which were moved to Tokyo Summerland after the park's closure) and a gift store named after Hooper's Store.

Walk-arounds of Mojabo and Teena from the Japanese co-production also appeared at the park during its last few years. 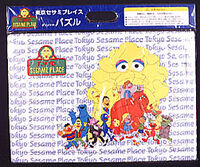 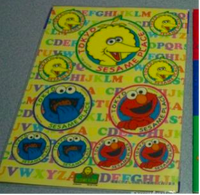 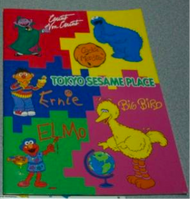 Retrieved from "https://muppet.fandom.com/wiki/Tokyo_Sesame_Place?oldid=1308745"
Community content is available under CC-BY-SA unless otherwise noted.