Tommie is a doglike character from Sesamstraat, the Dutch co-production of Sesame Street.

Tommie is six years old. He is clever, energetic and creative and likes to invent things. He is also a little naughty and likes to do things his own way. Tommie can write a few words, including his own name, which he is very proud of. His best friend is the mouse, Ieniemienie.

Tommie is famous for his own made up exclamations, like "Poe hee!" and "Hotseflots!", and wearing all sorts of objects on his head. In the 2005-2006 season, Tommie got his own racing car.

Tommie appeared in the first episode of Sesamstraat in 1976. The first Tommie puppet was made by producer Ton Hasebos from his wife's old fur coat. He was a teddy bear-like creature that walked on all fours, lived in a crate (in order to hide his puppeteer) and invented machines that would usually explode. In 1981 he was redesigned by the Muppet Workshop and given longer, more curly hair and a more dog-like appearance. In later years he is occasionally referred to as a dog.

Tommie is not the only one of his kind. In dream sequences from the mid-nineties, Tommie frequently visited the moon where he met up with another Tommie who looked and sounded exactly like him. When waking up, Tommie would find a moon souvenir by his bedside. 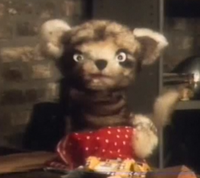 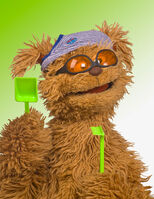 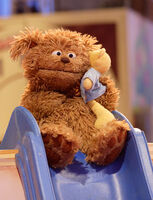 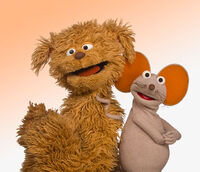 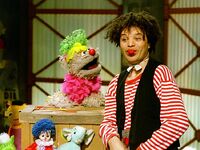