Tondalea is Big Bird's sister. She's never seen, but has been mentioned several times by her brother, usually in reference to her children, to whom Big Bird is an uncle.

In a repeated anecdote, Big Bird receives a letter from Tondalea stating that she laid fourteen eggs last month and they all just hatched. Big Bird is amazed that his sister now has fourteen baby birds around the nest, and says, "Gee!" Because Tondalea made sure to ask her brother to say hello to Mr. Hooper for her, Big Bird repeats "G" to himself on the way to Hooper's Store so that he'll remember. (This scenario appears almost identically in episodes 0027, 0539, and 1260, except the person asking Big Bird why he's saying "G" over and over changes from Gordon to Bob to Olivia, respectively, and in Episode 1260, the layer of eggs is now Big Bird's cousin Esmeralda).

When another egg was laid in Episode 0093, it's been incubated close enough so as not to require a letter, but instead, right in front of the courtyard. In fact, Big Bird himself babysits for his nibling while his sister goes downtown, sitting on the egg to help keep it warm. Susan is initially confused about Big Bird's literal "babysitting" until she realizes he's sitting on an egg. Upon inspection of the soon-to-be-hatchling, she notes that it's a beautiful shape. (This story was re-filmed in Episode 0345).

In Episode 0581, Big Bird brags that his sister laid an egg yesterday and that her eggs are so big, it only takes three to make a dozen.

Big Bird cites his sister as helping him to learn how to roller skate — a feat he's often seen doing — in the song "Everyone in My Family" (although he wasn't sure she would). It can be surmised that Tondalea is Big Bird's older sister, as he sings about wondering what it would be like to have a "Little Sister" in Episode 2703. 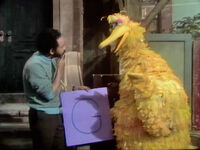 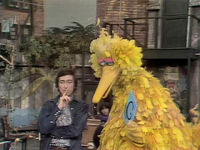 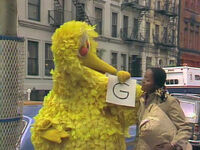