Traveling by map is a visual montage technique used in films to show characters traveling to a distant location. A red line snakes from place to place on a vintage map as the subjects travel to their destination. The effect is often associated with the Indiana Jones series which popularized the effect. Traveling by map has been used in several Muppet productions - including Follow That Bird, Muppet Babies and Muppet Treasure Island.

In the 2011 film The Muppets, the characters break the fourth wall and acknowledge the technique as a quick and easy way to travel from the United States to France. Kermit's car is equipped with a "travel by map" button which transports the Muppets, via a map montage, across the ocean. Later in the film, Gary and Mary make a speedy return to Los Angeles from Smalltown, USA; when asked how they made the journey so quickly, they respond that they traveled by map.

In Muppets Most Wanted the device is used twice; once as the Muppets travel via train on their world tour, and again on Interpol's crime map as Jean Pierre Napoleon and Sam Eagle travel to Madrid. 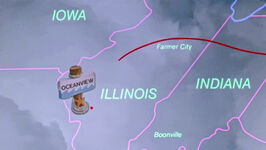 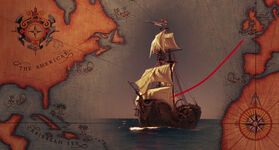 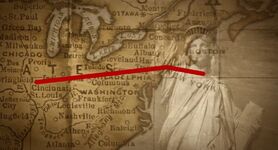 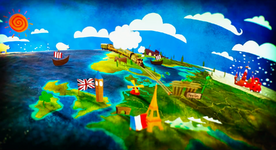 Retrieved from "https://muppet.fandom.com/wiki/Traveling_by_map?oldid=1102087"
Community content is available under CC-BY-SA unless otherwise noted.