Trish Leeper (sometimes credited as Patricia Leeper) is a Canadian puppeteer and puppet builder, who first performed with the Muppets on Fraggle Rock.

Leeper also puppeteered on the non-Henson series Groundling Marsh as Maggie and Jojo during the fourth season, and Mustard Pancakes (for which she also built characters) and in the films Short Circuit 2 (as part of the team operating Johnny 5), Mr. Magorium's Wonder Emporium, and the 2011 version of The Thing. 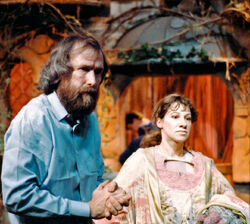 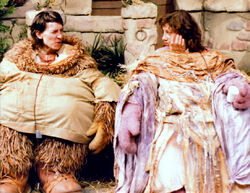 Leeper and Frank Meschkuleit taking a break from performing the Gorgs