The United Service Organizations Inc. (USO) is a private, nonprofit organization that provides morale and recreational services to members of the U.S. military, with programs in 140 centers worldwide.

Sesame Street's "Talk, Listen, Connect" initiative launched the Sesame Street Experience for Military Families. Produced by the USO, it started in 2008 and is the first-ever traveling USO tour designed specifically for military families. It is also the longest-running tour in USO history. 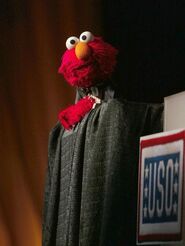 USO World Gala, Elmo made an appearance in 2008 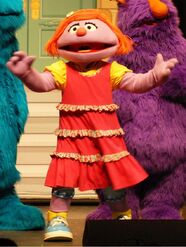 USO Experience for Military Families, a live tour
Add a photo to this gallery

Wikipedia has an article related to:
USO
Retrieved from "https://muppet.fandom.com/wiki/USO?oldid=1102280"
Community content is available under CC-BY-SA unless otherwise noted.