Kermit the Frog was appointed "spokesfrog" for the America's 50 State Quarters Program on June 3, 1999.[1] As part of his duties of spokesfrog, he appeared as George Washington in television and print ads, and also appeared in print ads as the Spirit of the Commonwealth for the Pennsylvania quarter.

In 2001, a TV commercial was filmed for the program at Raleigh Studios in Hollywood, depicting Kermit as George Washington crossing the Delaware.[2]

To further promote the program, and to unveil the New York quarter, Kermit appeared on Today in January 2001. Kermit points out The Statue of Liberty and explains that New York was the 11th state to join the Union. 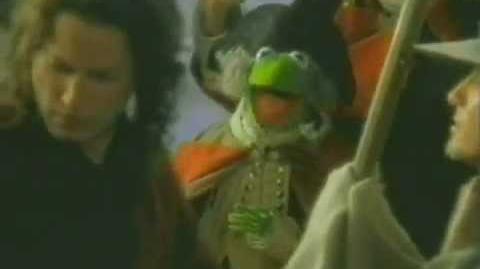 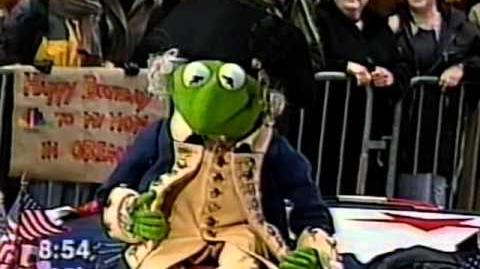 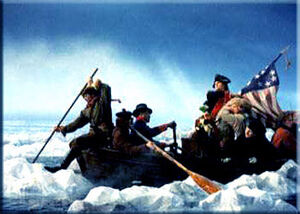 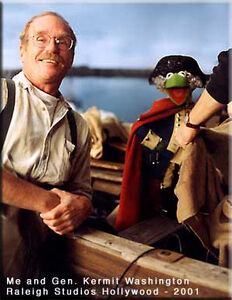 Wikipedia has an article related to:
50 State Quarters
Retrieved from "https://muppet.fandom.com/wiki/United_States_Mint?oldid=1184263"
Community content is available under CC-BY-SA unless otherwise noted.