The United States Postal Service (USPS) is a government-run corporation which oversees the mail system of the United States of America. The American postal system was founded by Benjamin Franklin in 1775.

Unlike its commercial competitors such as UPS, the USPS is the only mail carrier which delivers mail to the North Pole. This distinction played an important role in the special A Muppets Christmas: Letters to Santa, in which the Muppets had to deliver letters to Santa Claus by hand after the local post office had closed. The song "Delivering Christmas," which honors the postal workers who deliver the letters to Santa, was later made available on an album sold by the Postal Service.

The USPS has also honored the Muppets with postage stamps: Big Bird's likeness graced a 1999 stamp honoring events of the 1970s, while Jim Henson and the cast of The Muppet Show appeared on a set of stamps issued in 2005 to honor Kermit's 50th anniversary. Henson and Rowlf also promoted the 1986 Love Stamp. 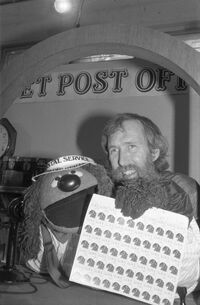 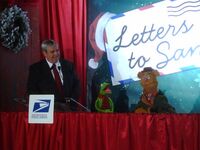 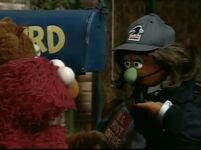 An Anything Muppet mail carrier in episode 3862 of Sesame Street. 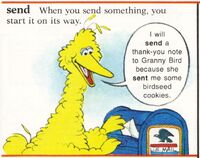 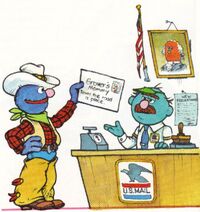 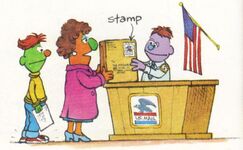 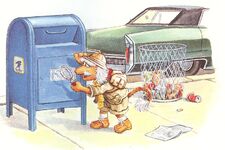 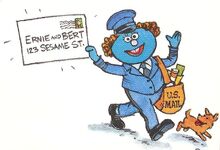 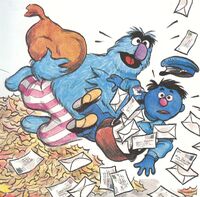 Herry Monster runs over a mailman in My Doll Is Lost! 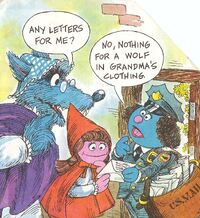 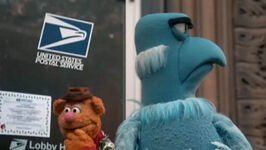 Sam Eagle at the post office in A Muppets Christmas: Letters to Santa
Add a photo to this gallery

Retrieved from "https://muppet.fandom.com/wiki/United_States_Postal_Service?oldid=1203068"
Community content is available under CC-BY-SA unless otherwise noted.