Much like at Universal Studios Japan, Sesame Street is one of the park's major character-based franchises, with attractions ranging from stage shows to an indoor dark ride, Spaghetti Space Chase. Walk-arounds of Elmo, Cookie Monster, Oscar the Grouch, Abby Cadabby, Ernie, Bert, Grover, and Count von Count appear greeting park guests in addition to appearing in stage shows, while Big Bird is mostly limited to stage shows. Sesame Street merchandise is also sold in stores at the park.

Outside of their own stage shows, the Sesame Street characters also appear in parades and special events at the park. 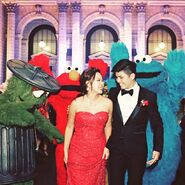 Elmo, Cookie Monster, and Oscar attend a guest couple's wedding at the park in 2015.

Elmo, Cookie Monster, Ernie, and Bert join the Soak Out Water Party in the summer of 2016.

The Sesame Street gang help Ebenezer Scrooge with his show in Bah Humbug! A Christmas Spectacular (2016) 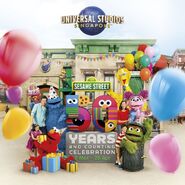 Sesame Street merchandise, both park-exclusive and imported items, is sold in gift shops at USS, including Big Bird's Emporium. There is also a Sesame Street School Bus retail cart outside Rockefeller Center (the former location for The Yellow Cab Co. Taxi, which has since moved to Water Street, near KT Grill). 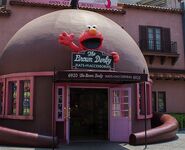 The Brown Derby, originally a hat shop, has been re-themed to Sesame Street. The Elmo marquee was replaced by Bert and Ernie in 2013.

Brown Derby entrance marquee, as of 2013. 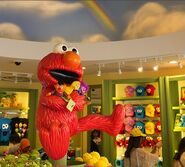 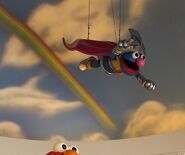 Big Bird's Emporium. Serves as the exit for Spaghetti Space Chase and leads to Loui's Pizza.

While the Sesame Street characters are represented as walk-arounds at USS, the actual Muppets have visited the park on a few occasions.

Elmo visits USS in 2017 to promote the #Sharethelaughter campaign.

Before the addition of Sesame Street at USS was officially announced in 2012, Resorts World Sentosa released two teasers online. 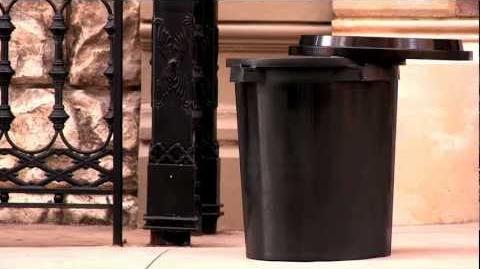 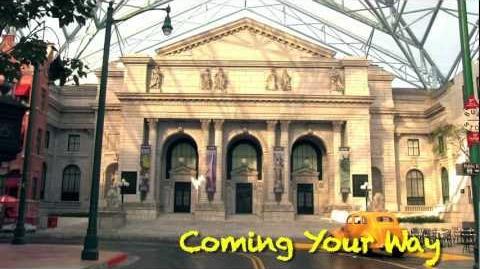