Us Weekly, founded in 1977 simply as Us, is a magazine publication covering topics ranging from celebrity gossip to fashion trends.

Kermit the Frog appeared on the cover of the November 1978 issue with Muppet Show guest, Raquel Welch. The cover advertises an article about The Muppet Show (which had recently aired Welch's episode) and The Muppet Movie.

...Welch and Jim Henson.
Add a photo to this gallery

An issue from the first week of September 2015 included a feature titled "Muppets—They're Just Like You!" with several original photos of the Muppets in everyday situations. 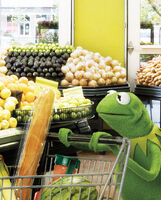 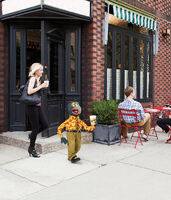 "They caffeinate on the go" 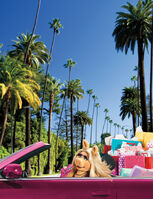 "They engage in retail therapy" 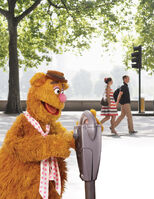 "They feed the meter"
Add a photo to this gallery
Wikipedia has an article related to:
Us Weekly
Retrieved from "https://muppet.fandom.com/wiki/Us?oldid=1102410"
Community content is available under CC-BY-SA unless otherwise noted.