See the Main Page picture archive to see the pictures that have been used so far. 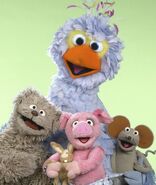 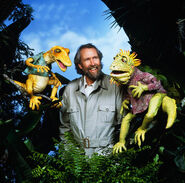 Jim with some Lizards
Add a photo to this gallery

No votes this week

To vote for a picture: You get one vote at a time. Choose the picture you like the best, and add your name and datestamp with ~~~~ (four tildes) under that heading. You can change your vote at any time.

The main page will be updated every Sunday, using the photo that has the most votes on this page at the time. (In the case of a tie, the picture that's been here the longest wins.) At that time, the winning photo will be removed from this page, along with all of the votes that were cast for it. That frees up your vote, so you can vote for the next picture.

Pictures that don't get any votes for three weeks in a row get removed from the nomination page. Votes that have been up for two months will be deleted, just to clear out dusty old pictures that haven't attracted any new votes.

To nominate a picture: Upload the picture to the wiki. Add a heading on this page with a link to the picture, and a thumbnail to the gallery. Pictures must be "portrait" and not "landscape". (In other words, taller than they are wide.) Pictures should be jpg files, and at least 280px wide.

Retrieved from "https://muppet.fandom.com/wiki/User:MuppetArchives/Main_Page_picture_nominations?oldid=934324"
Community content is available under CC-BY-SA unless otherwise noted.