scripts that only note the premiere season for all segments followed by a reference number (maybe a reel designation or just an assigned number):

Since Fandom stopped adding Category:Video to videos added with the video tool, run this script and add category before checking for dead videos:

For my eventual essay about the value of Special:WhatLinksHere: after establishing Fran Brill characters with 95 entries cultivated from the filmography we'd put together on the Fran Brill article plus some additional items from memory (via discussion with the community at Forum:Character galleries), I used WLH to find an additional 32 entries just for the voiceover section alone and another legitimate 98 characters.

my CSS and JS

Fandom staff reaching out to us:

Wiki Activity Monitor (WAM) Score is an indicator of the strength and momentum of a FANDOM community. AKA most popular wikis. Muppet Wiki is categorized under TV. [14] (archived)

Why we've had to so carefully curate thousands of redirects just so that people can get to what they're looking for:

Namespaces that can be used on Special:AllPages and Special:RecentChanges (the latter hides them from the url)...

Sometime in late 2019, Fandom began blocking url shortners from bit•ly and shorturl•at but tinyurl-DOT-com still seems to be working. However, this too may go away.

this no longer appears to work

and others at Kermit Sketches: Miscellaneous

used in scripts a lot. see Limbo#Etymology. might be worth its own article.

Not quite on the wiki 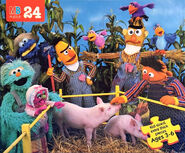 some of the most ridiculous collections we let get out of hand:

that weird character we've been trying to get rid of since 2007 or so.

same bad character shows up in:

After 13 years and no one on staff knowing how to delete it, User:MarkusRost nuked it at Thread:283498 after finding these:

MarkusRost used API to find it and delete it:

How the heck were these images allowed to be uploaded without a file extension? (possibly from a hashtag in the filename)