Hello! One thing, can you please edit sometings on Muppets Tonight Goofs, I tried several times, but it does not work! Can you help me?

Statler and Waldorf in Presto

You just added to both The Swedish Chef and Muppet viral videos that the Swedish Chef is wearing a wedding ring in the video. However, he has been wearing the ring (at least) since he appeared on America's Got Talent in 2007. Maybe, instead we should make a note about that little fact on his page. Check out this discussion for more on it! — Julian (talk) 23:20, May 9, 2010 (UTC)

Hi. You've made some good contributions today, but didn't provide any sources or examples. I've tagged or removed them where applicable, so please go back and add sources or examples, or we'll have to take it out of the article. Also, what's your first name so I know what to call you? —Scott (talk) 18:40, February 27, 2010 (UTC)

Thanks Edward. You don't need to be fancy when citing sources, so long as you have them. For example, when you write that Steve Whitmire said something, you should provide the link where he said it. Or if you're saying that Steve performs most of the rabbits, just type in what episodes he does so. Otherwise we can't use it on the wiki. —Scott (talk) 02:50, February 28, 2010 (UTC)

Hi! Just so you know, there's no identity theft issues, but we do need to know what to call you. Calling you "TenCents" is kind of silly. You don't have to use a full name, it can be initials or a shortened nickname (not a net nickname) or even make one up. Plus identity theft can't occur through a user name anyway (only when issues of social security or credit card numbers and other sensitive information is involved), but I can understand being uncomfortable especially if you hadn't been on the internet that long. However, we do need something to call you by that's not a vague net handle. Thanks! -- Andrew Leal (talk) 23:20, January 17, 2010 (UTC)

Sorry, but there's very little info about the new season, sans for what's been posted on the Sesame Family Robinson blog. And it doesn't say they're discontinuing Word on the Street or Abby's Flying Fairy School; they say that the new material was done in 6 weeks, not including Murray and Abby. - Oscarfan 01:48, January 6, 2010 (UTC)

Hi there! Thanks again for your contributions. I just wanted to let you know about a guideline we have for talk pages. They're mostly meant to be used as a discussion space for the community to determine the factual outcome of the corresponding article. This space doesn't lend itself well to social conversations or opinions. This sort of discussion is better suited for fan forums (such as Muppet Central, Tough Pigs, or the comments section of fan blogs such as The Muppet Newsflash or The MuppetCast). If you're interested in chatting up with other fans, those are the best places to check out. Thanks! —Scott (talk) 15:32, 26 March 2009 (UTC) 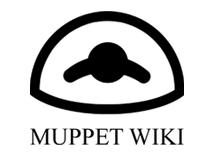 Hi, welcome to Muppet Wiki! Thanks for your contributions.

Here's a wiki tip for you -- you can sign your name on talk/discussion pages by typing ~~~~ which automatically adds your signature and the date.