For Sesame Street's 41st season, Usher presented "Volunteer" as the Word of the Day. He also danced in the video for "The Elmo Slide". He also appeared during the 44th season, performing "The ABCs of Moving You" and talking about the word "unique."

He makes a cameo in Muppets Most Wanted. 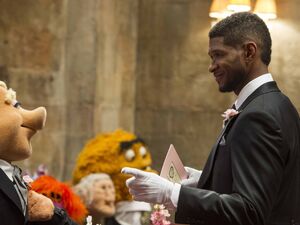 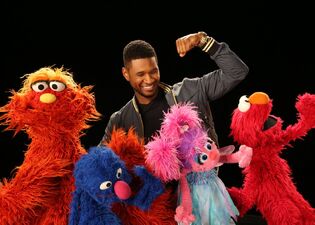 Wikipedia has an article related to:
Usher (entertainer)
Retrieved from "https://muppet.fandom.com/wiki/Usher?oldid=1102411"
Community content is available under CC-BY-SA unless otherwise noted.