Vera is a yellow Muppet monster from Barrio Sésamo, the Spanish version of Sesame Street. She appeared on the show from 1996 to 2000.

Vera is a childlike character, very similar to Elmo. She is friends with another childlike Muppet, Bluki, who was the star of the series during that period.

Vera never reached the peak of popularity of other Spanish Muppets from previous periods of Barrio Sésamo. 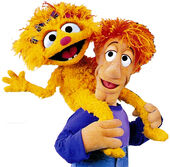 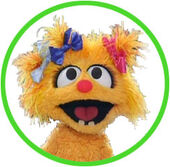 Add a photo to this gallery
Retrieved from "https://muppet.fandom.com/wiki/Vera?oldid=1196026"
Community content is available under CC-BY-SA unless otherwise noted.