Verleihung der Goldenen Kamera ("The Award of the Golden Camera") is a German film and television awards show, annually awarded by the television magazine HÖRZU and usually held in early February in Berlin, and at times in Hamburg. It was first presented in 1965.

Jim Henson was awarded the golden camera for his work on Die Muppet Show in the late 1970s.[1]

For the 47th awards show broadcast live on February 4, 2012, Miss Piggy and Kermit the Frog appeared on screen (dubbed), and announced host Hape Kerkeling to also be the winner of the golden camera award in the category "HÖRZU Reader's Pick - Best Comedian."

After Piggy karate-chopped Kermit, who was trying to discourage her from hogging the spotlight and singing a duet with Kerkeling, she came out on stage (performed by Eric Jacobson) and sang "Somethin' Stupid" with him. 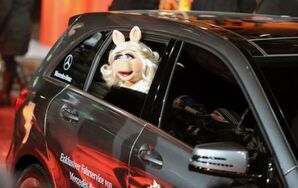 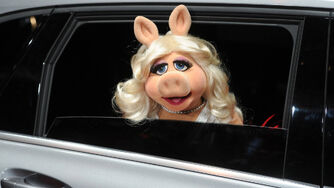 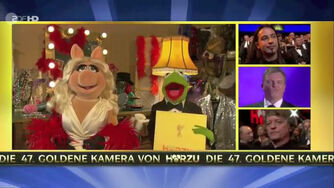 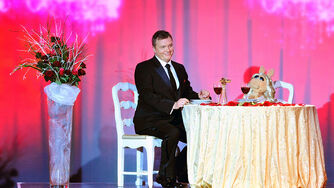 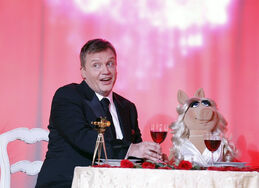 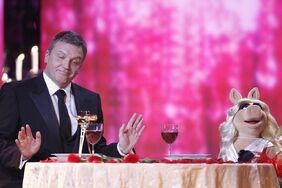 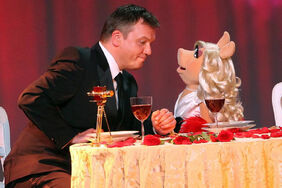 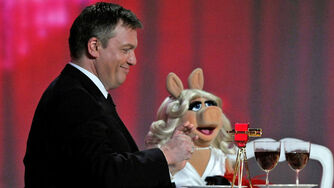 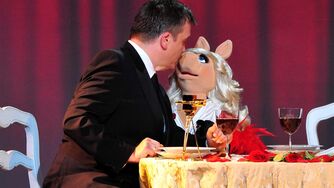 Retrieved from "https://muppet.fandom.com/wiki/Verleihung_der_Goldenen_Kamera?oldid=1141634"
Community content is available under CC-BY-SA unless otherwise noted.