In this classic mix of puppetry and animation, Harry the Hipster demonstrates the art of Visual Thinking to Kermit the Frog; and what it does to you once it gets out of control.

Kermit and Harry would re-enact the skit as a part of the unsold 1962 pilot for Mad Mad World.

The skit was remade for an Ed Sullivan Show appearance on October 2, 1966, with Kermit as the hipster and Grump as the straight man. The sketch was performed on Ed Sullivan again on June 4, 1967,[1] and on The Dick Cavett Show (with an updated Kermit the Frog) in 1971.

A Sesame Street sketch from the same year featured an Anything Muppet hipster and his square foil, demonstrating a similar lesson about shapes. (EKA: Episode 0448) According to the book Children and Television: Lessons from Sesame Street, "Visual Thinking" was also the inspiration for Sesame Street’s "Speech Balloon" letter segments. 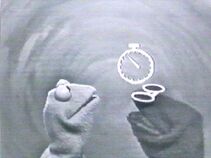 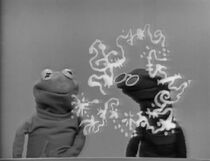 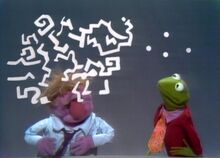 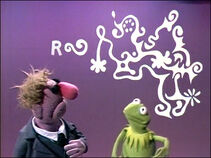 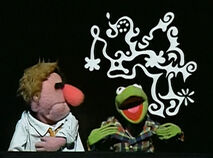 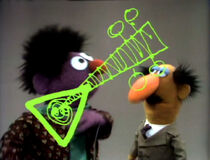 Retrieved from "https://muppet.fandom.com/wiki/Visual_Thinking?oldid=915559"
Community content is available under CC-BY-SA unless otherwise noted.